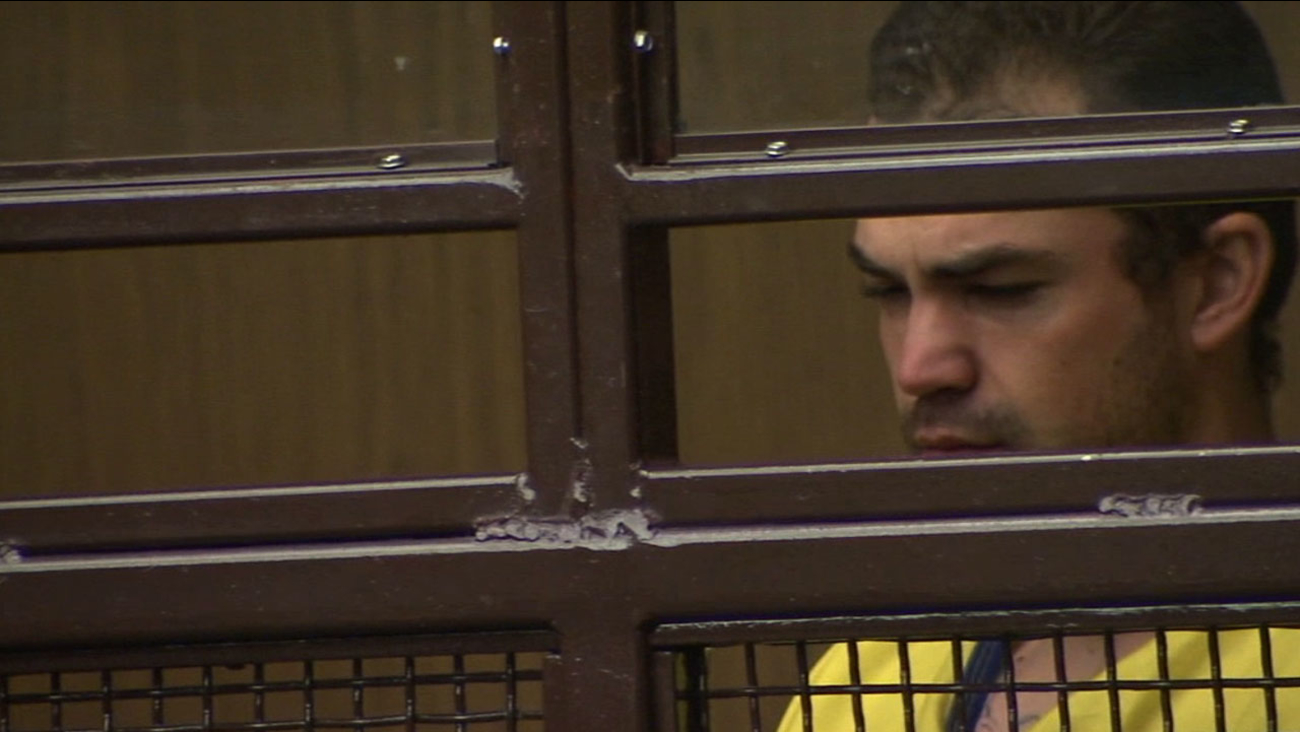 Matthew Warner, 30, was charged with murder, assault on a child causing death, sexual assault of a child, torture and oral copulation or sexual penetration Tuesday, Jan. 27, 2015.

LOS ANGELES -- A Newhall man was sentenced to 50 years to life in state prison Tuesday for murdering his 19-day-old daughter.

Matthew Brendan Warner, 30, had also faced charges of assault on a child causing death, torture, oral copulation or sexual penetration with a child under 10 years old and aggravated sexual assault of a child.

Those charges were dismissed on Sept. 2 after he plead guilty to one count of first-degree murder and admitted a prior strike conviction, according to the Los Angeles County District Attorney's Office.

Matthew Brendan Warner, 30, of Newhall was arrested in connection to the murder of his 19-day-old baby girl on Saturday, Jan. 24, 2015.

On Jan. 23, Warner allegedly sexually abused and beat his daughter, Ellorah, to death while her mother, Tawni Wallis, was working.

He then hid the baby's body in the front cab of a Nissan pickup truck, parked the truck in a parking lot in the 23600 block of Newhall Avenue and reported her missing.