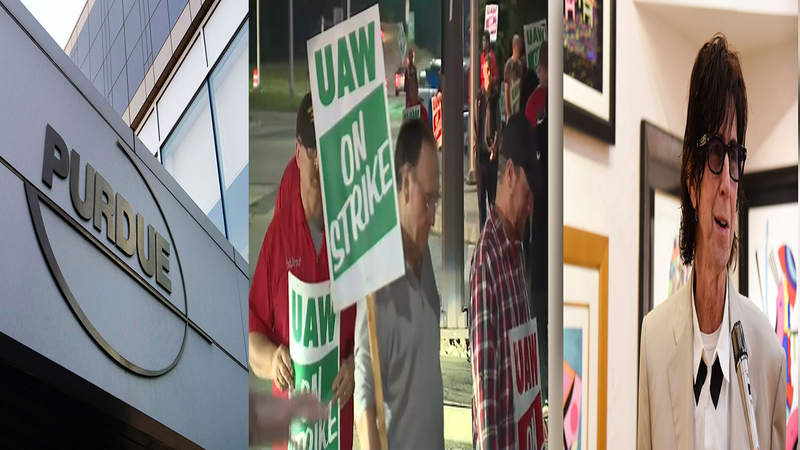 Purdue Pharma files for Chapter 11 as part of tentative settlement

Purdue Pharma, the company that made billions selling the prescription painkiller OxyContin has filed for bankruptcy.

The company says the move is part of a tentative settlement as Purdue faces lawsuits from several states including Illinois for its role in the opioid crisis.

The drug maker is accused of using aggressive and allegedly misleading sales tactics to push doctors to prescribe the addictive pills.

Several states say they plan to object to the settlement in bankruptcy court. Reports say more than 400,000 Americans have died from the opioid epidemic in the last two decades.

It's the first national strike by the UAW since 2007.

Reports say more than 49,000 hourly workers walked out at more than 30 GM factories and 22 other factories.

Workers say they want better wages and health care. A new meeting of the union and GM officials is set for 10 a.m. Monday.

According to police, the 75-year-old was found dead in his Manhattan apartment Sunday afternoon.

Ocasek and The Cars rose to fame in 1978 with their self-titled album and hits like "Good Times Roll," ''My Best Friend's Girl" and "Just What I Needed."

Ocasek's death comes a year after The Cars were inducted into the Rock & Roll Hall of Fame.