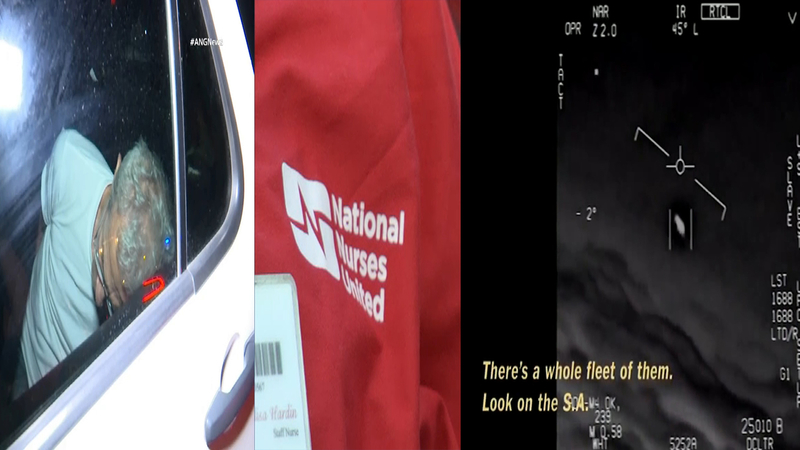 Prominent Democratic donor Ed Buck has been charged with operating a drug house and providing meth to a 37-year-old man who nearly died from an overdose last week.

Activists have been calling for Buck's arrest as he is believed to be responsible for the deaths of two other black gay men. One from 2017 and one from earlier this year.

Both men were found in Buck's West Hollywood's apartment and a coroner ruled both deaths were caused by methamphetamine overdoses.

Buck remains in custody as of this morning and prosecutors argued he should be held on $4 million bail.

Their main concern is the caregiver workload. In the past year and a half, workers have filed more than 1,700 reports of unsafe conditions to management.

The hospital said that it plans to replace the nurses for five days, per its contract with the National Nurses Union providing temporary nurses, even though the nurses will strike for just one day

Three videos from U.S. Navy pilots came to light earlier this year showing objects accelerating to hypersonic speed and making movements described as "beyond the physical abilities of a human crew"

The Navy has confirmed it has no idea what those objects were and officially considers them "Unidentified Aerial Phenomena".

The videos were included in declassified military footage released in 2017 and 2018 to the Stars Academy of Arts and Sciences, a group founded by musician Tom DeLonge of Blink-182.