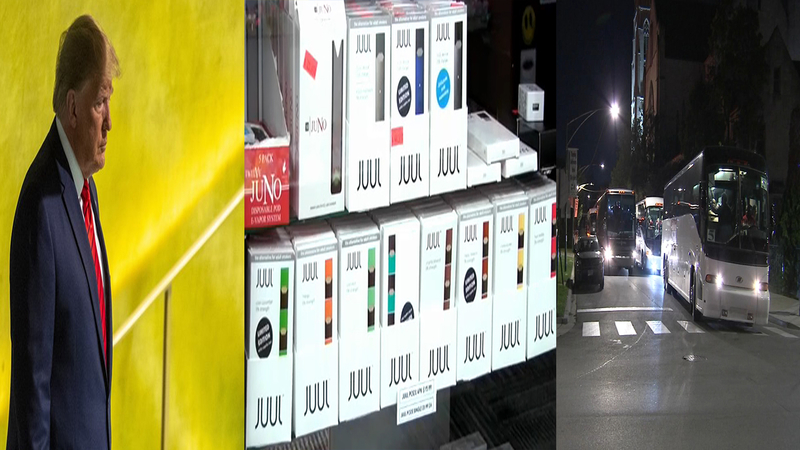 The investigation will focus in part on whether the President withheld aid to Ukraine pressuring them to investigate Democratic presidential candidate Joe Biden and his son.

President Trump called the move by democrats quote "Presidential Harassment." A transcript of that call with the Ukrainian President was released Wednesday morning.

ABC7's Will Jones will be live in D.C. with reactions from local politicians.

More breaking news Wednesday morning, the CEO of the vaping company "Juul" has stepped down.

The company says a replacement has already been named and they will move operations in a new direction.

The company also announced all broadcast, print and digital advertisements in the U.S. will immediately stop.

The news comes after states have started creating new laws and some even banning the sale of vapes products altogether following an alarming rise in the number of underage people vaping and a surge in mysterious vaping-related illnesses.

Chicagoans drive overnight to attend the #EndGunViolence rally in D.C.

Hundreds of Chicagoans are on their way to D.C. to protest gun violence

Dozens of busses loaded up Tuesday night to make their way to the nation's capital to participate in the rally.

ABC7's Jesse Kirsch will be giving live updates on from the rally on our website.