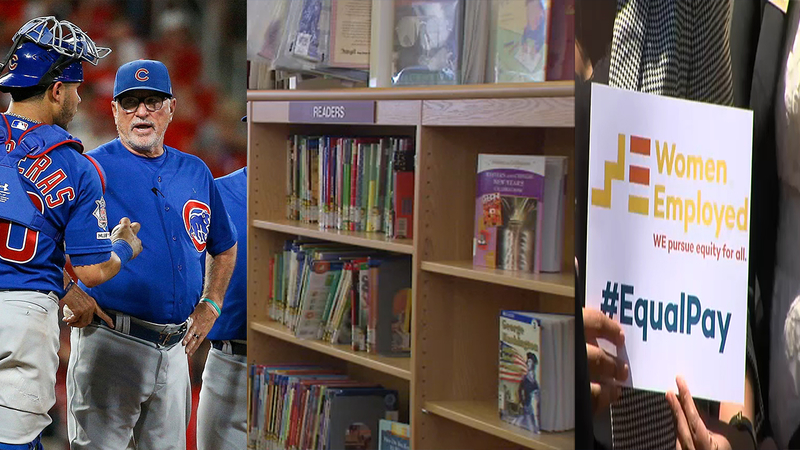 Just before their final game Sunday, the Chicago Cubs announced Joe Maddon will not return as the team's manager.

In five seasons under Maddon, the Cubs made the playoffs 4 times including the team's first World Series win in 108 years in 2016.

Click the link above to hear fans and player reactions.

The new fine-free policy is meant to remove unfair barriers to basic library access, especially for youth and low-income patrons.

The city-wide policy makes Chicago the largest city and public library system in the U.S. to eliminate overdue fines.

A new Illinois law is now in effect, making it illegal for employers to ask job seekers about their salary history.

The new law also makes it illegal for employers to ban workers from discussing pay with their colleagues...

Governor J.B. Pritzker signed the new rules into law this past July.

Supporters say the law is designed to close the wage gap between men and women.