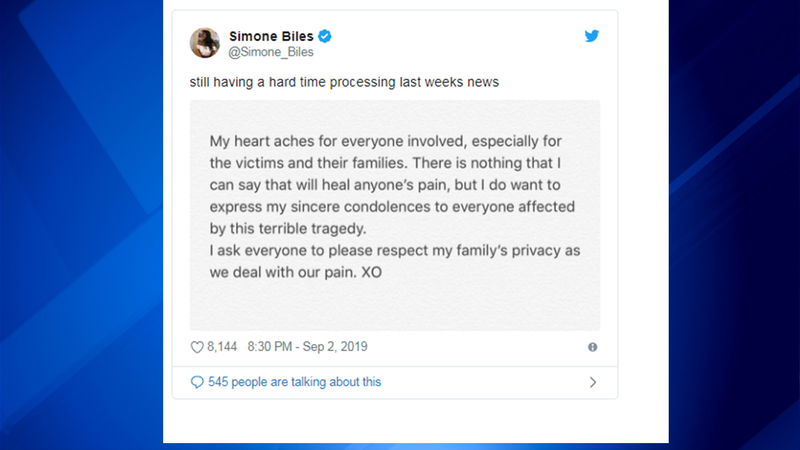 It's back to school Tuesday for Chicago Public School students and 400 students will be heading to a new STEM school in Englewood. Mayor Lightfoot and CPS CEO Janice Jackson were at the Englewood STEM High School Tuesday to welcome students to the new school.

Famed U.S. gymnast Simone Biles is breaking her silence days after her brother was indicted for his alleged role in an Ohio triple murder.

Biles turned to Twitter Monday night to express her grief and to ask for privacy as her family deals with the arrest. Her brother, Tevin Biles-Thomas,is facing murder, attempted murder and felonious assault charges in connection with a New Year's Eve party shooting that killed three people.

Their chicken sandwiches are all gone, but some people are having a hard time accepting that. Popeyes' employees in Houston say a group of five people armed with a gun attempted to storm the restaurant when they were told the sandwiches were sold out.

An employee was able to lock the group out of the restaurant.