CHICAGO (WLS) -- A South Side pastor says death threats have forced him to move into a safe house as police investigate a break-in at his church.

Pastor Corey Brooks, who has gained notoriety as a community activist, believes his life is in danger over his political beliefs.

Saturday Brooks says it made him the target of a crime, along with voicemails full of hate.

Friday afternoon he says he got five threatening voicemails that he turned over to police.

The messages are full of homophobic and racial slurs and the caller attacks him for backing Rauner for governor.

"We own you and you ain't got nobody that can stop us. Nobody!" one voicemail said.

"Yeah. We going to steal the sheep of the hypocrite. You's a hypocrite. You token. You a puppet. You a Bruce Rauner puppet," another call said.

"If they're trying to intimidate me, they probably picked the wrong person," Pastor Brooks said. "As a matter of fact, I'm probably going to go harder."

After the calls, thieves broke into the pastor's New Beginnings Church in Woodlawn late Friday night, busting out glass doors and shattering a fundraiser box in the lobby which contained about $8,000 worth of donations.

Governor Pat Quinn heard about the break-in Saturday, saying if this was all an attempt at voter intimidation, it's wrong.

"I don't believe in threats at anywhere in our democracy," Quinn said. "I support the voting rights amendment to make sure everyone has a right to vote and follow their conscience. That's what America's all about."

Brooks has come under fire in recent weeks for his Republican support, taping a campaign commercial for Rauner and appearing with the wealthy candidate.

Critics have accused Rauner of trying to buy the election after making a $1 million deposit to a South Side credit union.

Rauner denies the donation was political and Saturday he is appalled at what happened to one of his most fierce African American advocates.

"I'm very concerned," Rauner said. "It seems like right at the time of his involvement and support of our campaign, some very bad things are happening. It's very upsetting."

Shoulder to shoulder, they plan to talk about the threats and the vandalism.

Meanwhile, Governor Quinn will attend services at Community Covenant Church Sunday as he continues his push to raise the minimum wage. 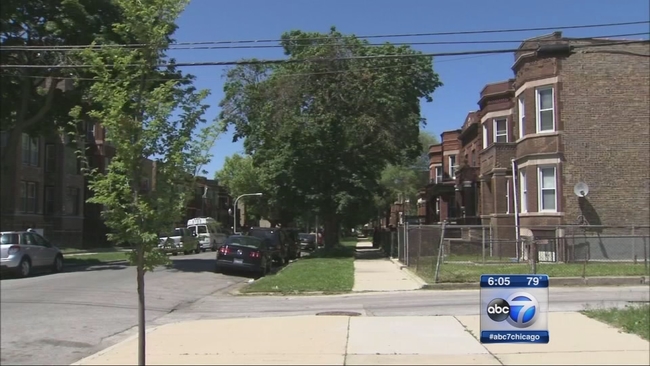