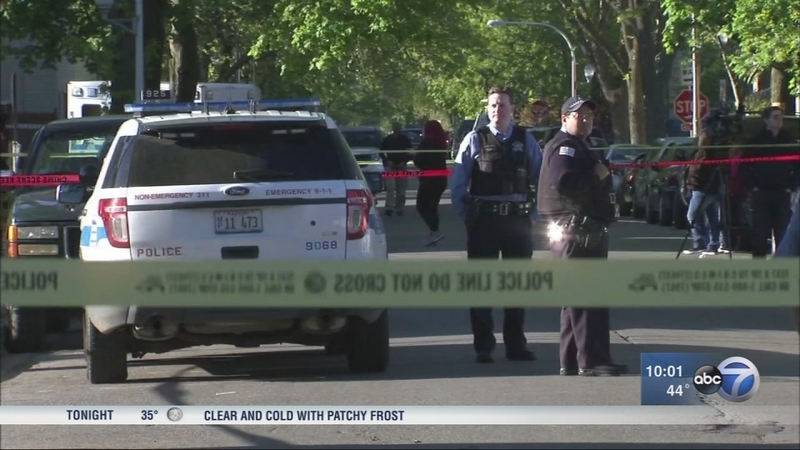 CHICAGO (WLS) -- Two people were killed and eight others injured in a shooting in Chicago's Brighton Park neighborhood Sunday that was apparently retaliation for an earlier incident, Chicago police said.

A 25-year-old man and a 29-year-old woman were killed in the shooting. Authorities have not released the identities of the two victims.

A 19-year-old woman was shot in the right leg and a 25-year-old man suffered gunshot wounds to the right hip and right elbow, police said. They were both taken in good condition to Mount Sinai Hospital.

Police are now keeping their eyes on the neighborhood for any more violence. The shooting occurred as large group of people gathered to remember the victim of another shooting early Sunday morning, police said.

Authorities were expecting some sort of retaliation and they had extra patrols in the area to try to prevent it.

Community activist Andrew Holmes said it's important to track down where these assault rifles are coming from:

"The city deserves to know where these guns are coming from and where they were purchased. There are serial numbers on these military-style guns. Someone is hand delivering them, someone is driving these guns here or someone is purchasing these guns illegal," Holmes said.