Rita Crundwell items to be auctioned off this month 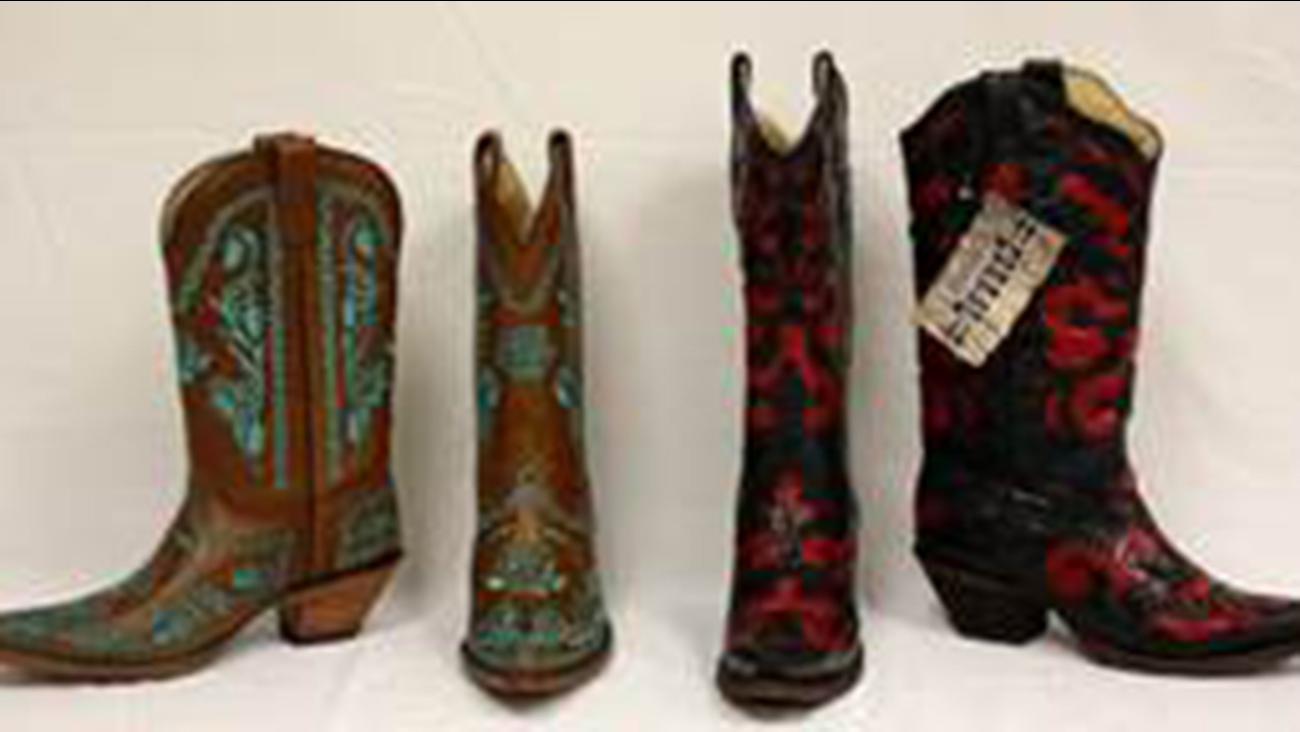 Cowboy boots owned by Rita Crundwell, who was convicted of stealing millions from the city of Dixon, Ill. (U.S. Marshals Department)

Hundreds of items belonging to Rita Crundwell, the former comptroller of Dixon, Ill., convicted of stealing money $53.7 million from the city, will be auctioned off starting this month, the U.S. Marshals said.

The online auction will run Oct. 20 through Nov. 3 at www.txauction.com.

Crundwell was convicted of 2012 and sentenced to more than 19 years in prison. She is at Waseca Federal Correctional Institute in Minnesota.

To date, U.S. Marshals auctions have yielded more than $9.5 million to the city of Dixon.

Items that will up for auction include horse show clothing and accessories, but also things such as a football and framed T-shirt signed by NFL Hall of Fame quarterback Terry Bradshaw, Harley Davidson apparel, various pairs of cowboy boots, Sean Ryan western hats, an ATV and mopeds.

There is also a Childeric English saddle with a water buffalo seat, which sells new for more than $4,000.

Federal officials said another auction will be held to sell a large collection of horse show belt buckles and household items that were moved by Crundwell to other locations prior to her conviction.