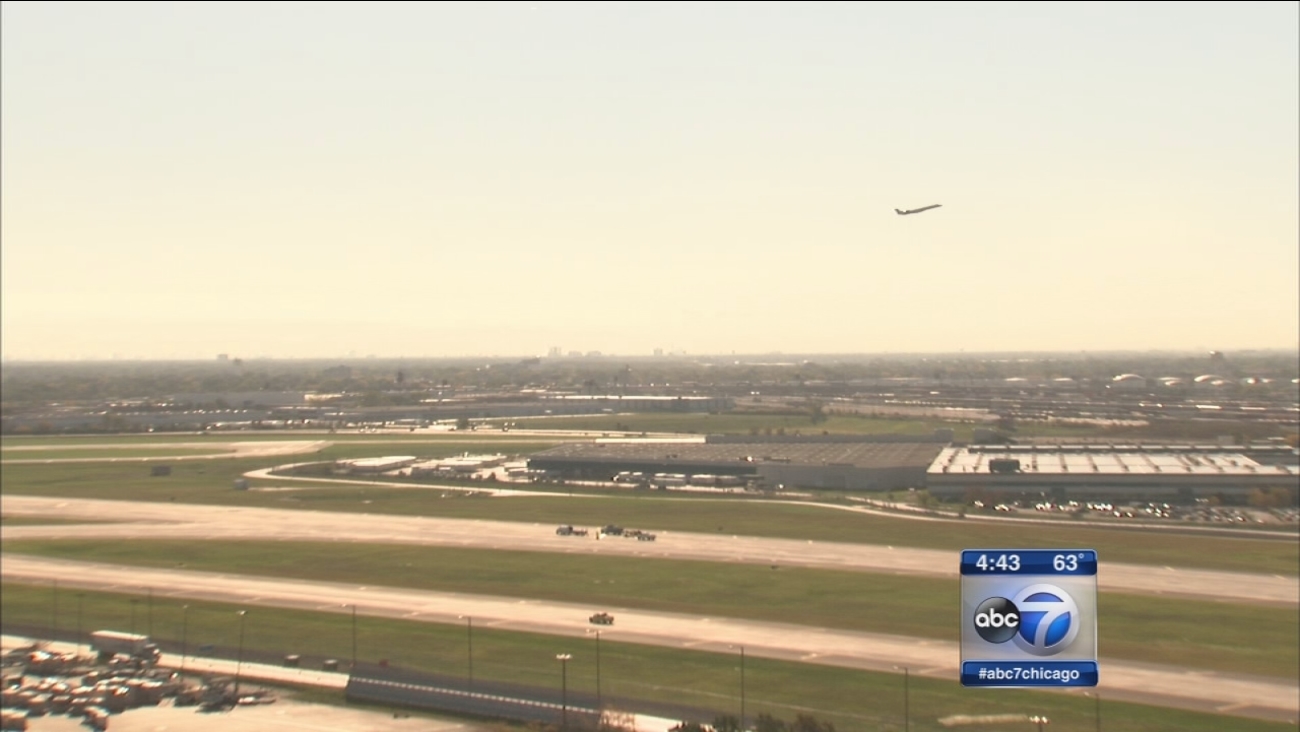 A new tower and runway will open at O'Hare Thursday. (WLS)

CHICAGO (WLS) -- A new tower and runway will open Thursday at O'Hare Airport - and for some that means more noise from the planes flying over their homes.

The runway, known as 10R-28L, will have a direct impact over Illinois State Sen. John Mulroe's district. He is joining a handful of lawmakers who plan to boycott the city event celebrating the new airport additions.

"We are just asking that the city and FAA take into account people's complaints and provide some relief to the people most affected," Mulroe said.

People like Colleen Mulcrone in Jefferson Park. She is in the process of sound proofing her children's bedrooms. Ever since the O'Hare Modernization Program added runways and changed flight patterns to east and west, Northwest Side and suburban residents say their quality of life has changed drastically.

"It was like a highway opened up on our heads, we were experiencing noise 18 hours a day," Mulcrone said.

Mulcrone is now active in a group called Fair Allocation in Runways Coalition. The organization and State Sen. Mulroe are asking for the city and the FAA to modify the plan by using the existing diagonal runways so the noise is spread out.

"There is a safety tool in place that allows parallel approaches along with the diagonal approach. The concrete exists, it's a matter of will to figure out how to use intelligently," Mulcrone said.

But not all O'Hare neighbors support that idea. With the new flight patterns, most Franklin Park residents no longer hear the noise like they did for decades; although some will get that noise back with the new south runway.

"We put up with it for 50 years, we experienced the economic benefits from O'Hare, now we get the benefits without the noise, noise has shifted," said Franklin Park Mayor Barrett Pedersen.

Mayor Pedersen says he would like to see more pressure put on the airlines for quieter planes.