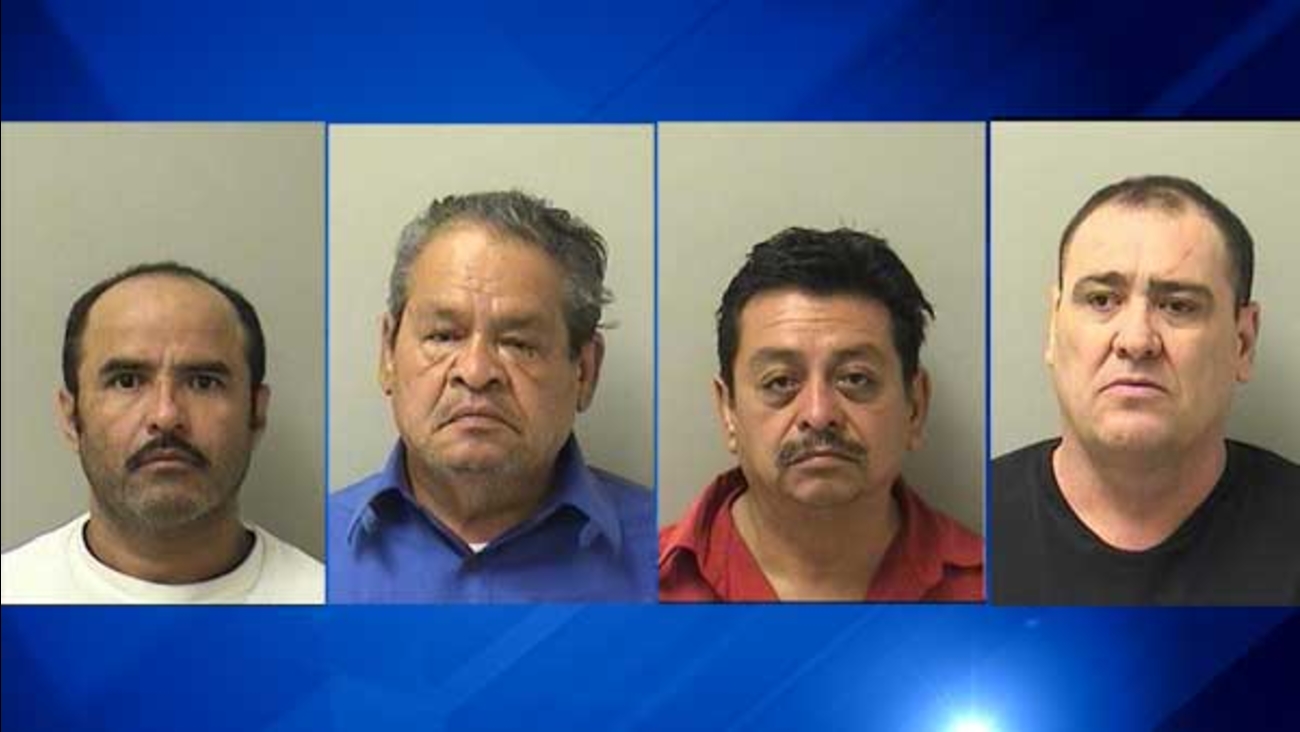 Around 1 p.m. Tuesday, deputies were in a parking lot near I-88 and Farnsworth Avenue when they saw an alleged drug deal between four men.

Detectives stopped the Jeep and discovered 157 pounds of marijuana inside. It has an estimated street value of about $1.4 million.

The driver was taken into custody. He was identified as Luis Garcia, 53, of the 300-block of Woodcreek Drive in Bolingbrook.

All four men were each charged with cannabis trafficking, two counts of unlawful manufacture/delivery of cannabis and unlawful possession of cannabis.

They are being held at the Kane County Adult Justice Center on $2 million bail.