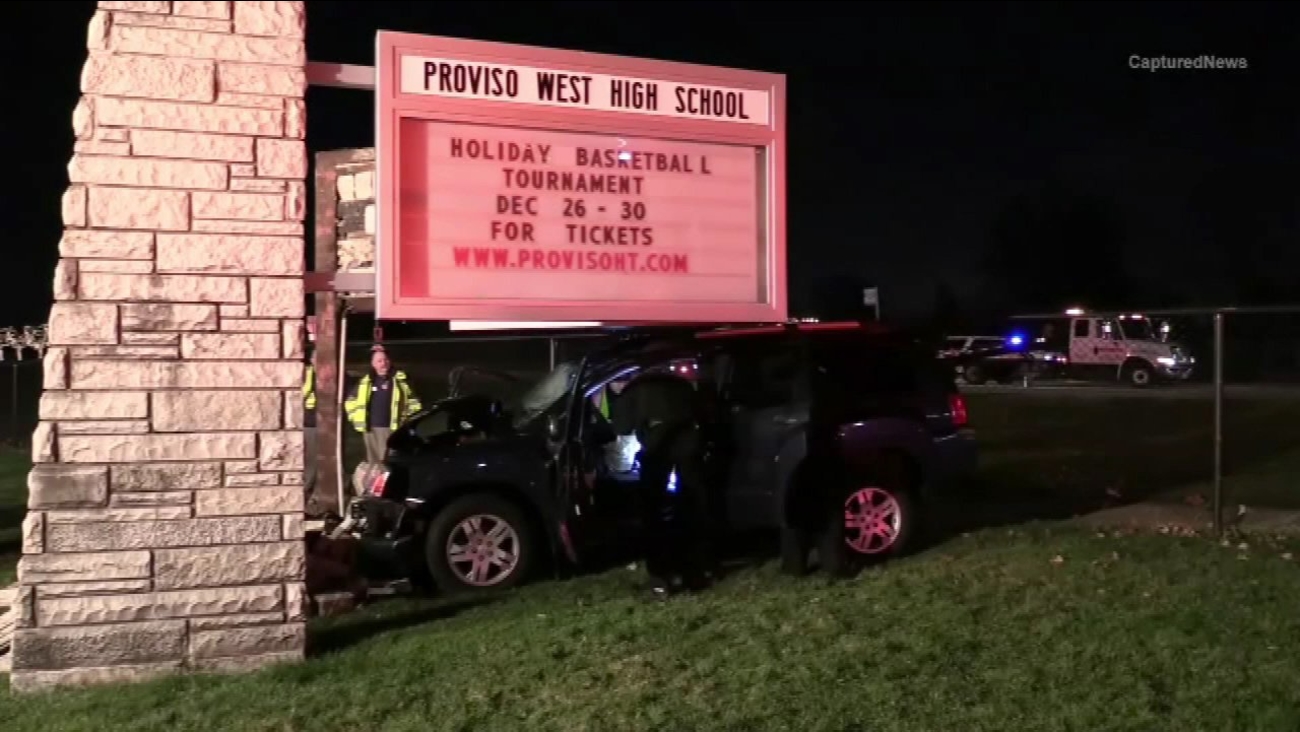 Two sports-utility vehicles were involved and one of them crashed into a sign for the school, located at the intersection of Wolf Road and Harrison Street.

Alcohol was also a factor, police said. A 23-year-old driver of one of the vehicles is being held pending charges, police said.

One person was unresponsive at the scene and transported to Loyola Medical Center in Maywood. Both drivers and the other passengers were also transported with non-life-threatening injuries.

The incident was captures on nearby surveillance video and a preliminary investigation determined that one of the vehicles ran a red light, according to Hillside Police Department.