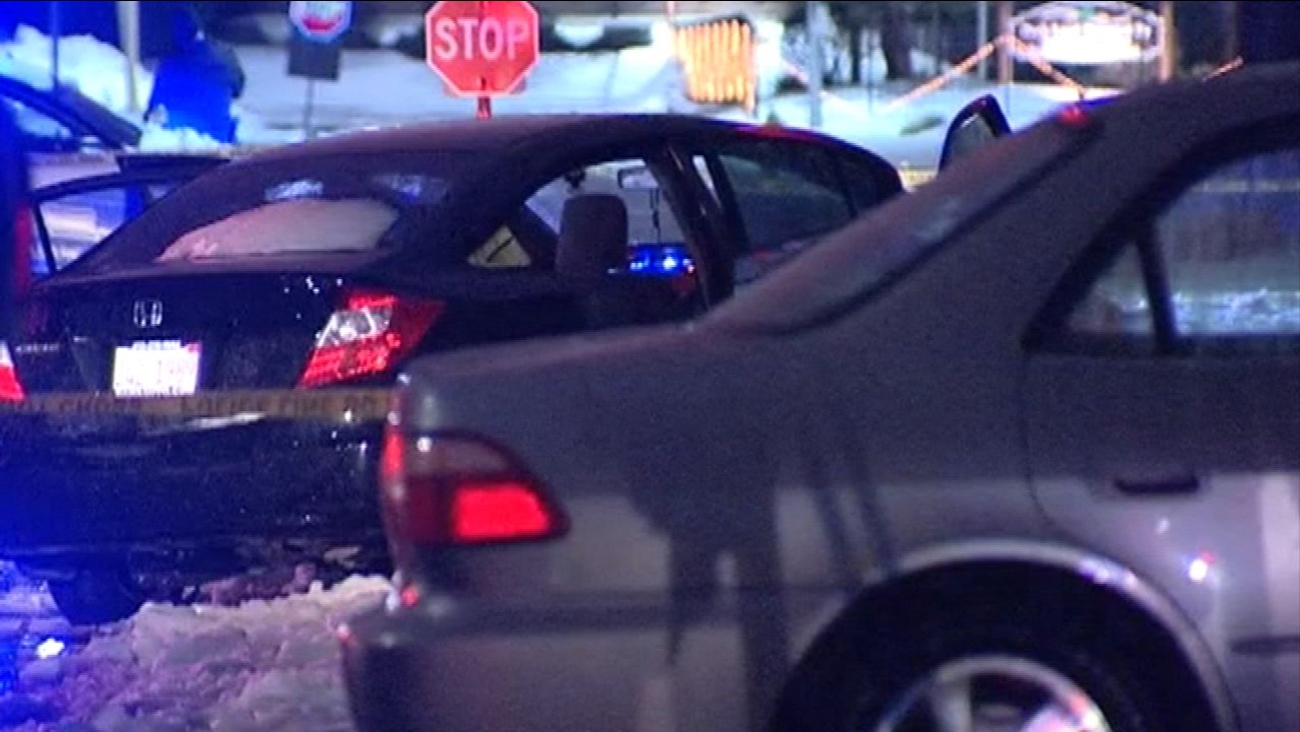 A 21-year-old man was killed and a 14-year-old boy was critically wounded in a shooting in west suburban Melrose Park.

CHICAGO (WLS) -- A 21-year-old man was killed and a 14-year-old boy was critically wounded in a shooting in west suburban Melrose Park.

Police responded overnight to a report of shots fired in the 1100-block of 24th Avenue, near Our Lady of Mount Carmel Church.

Witnesses said two people were sitting in a vehicle when a male walked up and fired shots inside. The man and teen were struck.

The 21-year-old man was taken to Gottlieb Hospital, where he was pronounced dead at 1:05 a.m. Tuesday. Police and the Cook County medical examiner's office identified the victim as Francisco Diaz. He lived on the same block where the shooting happened.

The 14-year-old boy, also of Melrose Park, was taken to a nearby hospital, where he is listed in critical condition.

Police have a 22-year-old man in custody. Investigators are trying to determine the motive for the shooting.