Car crashes into Freshii in Evanston 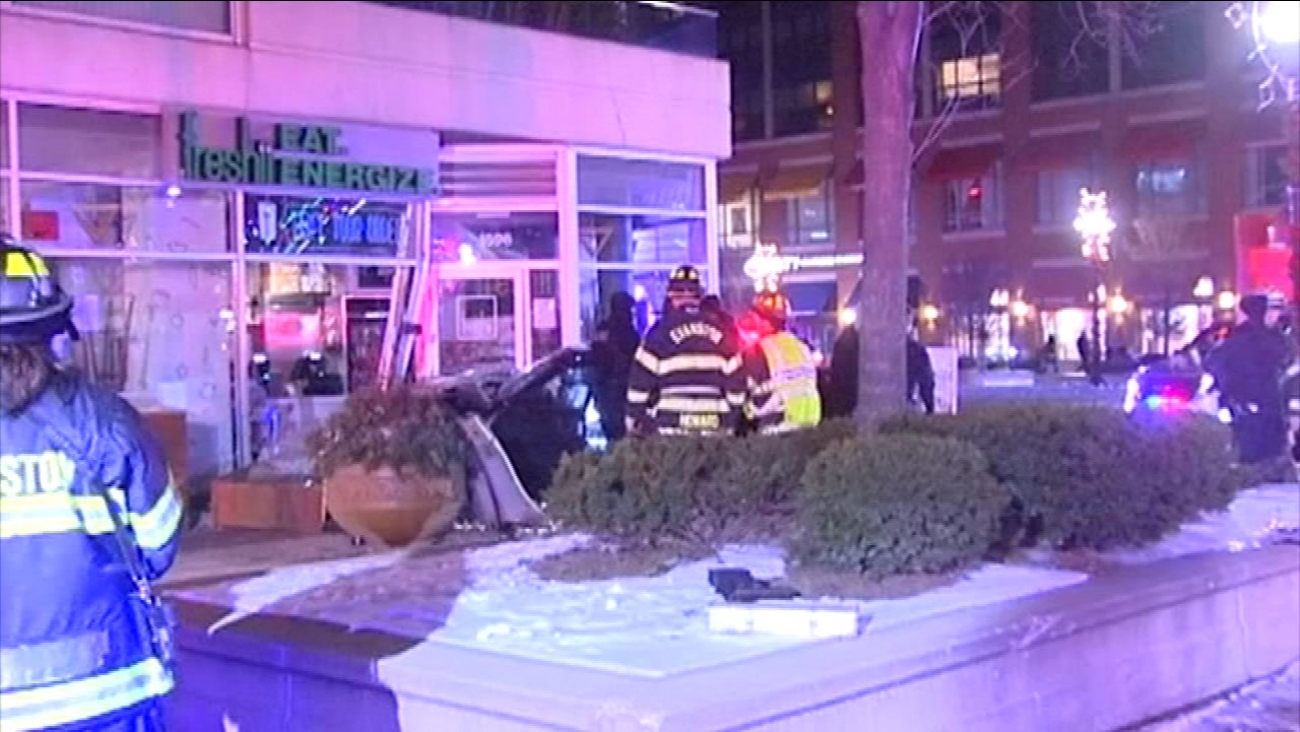 EVANSTON, Ill. (WLS) -- A car crashed into another car and then into the front of a Freshii store in Evanston Friday evening, officials say.

Police say officers tried to pull the car over for a minor traffic violation, but the driver fled, then struck a woman in her SUV and finally crashed into the storefront near Sherman and Davis.

There is extensive damage to the front store, which was closed for New Year's Day, but police say there is no structural damage.