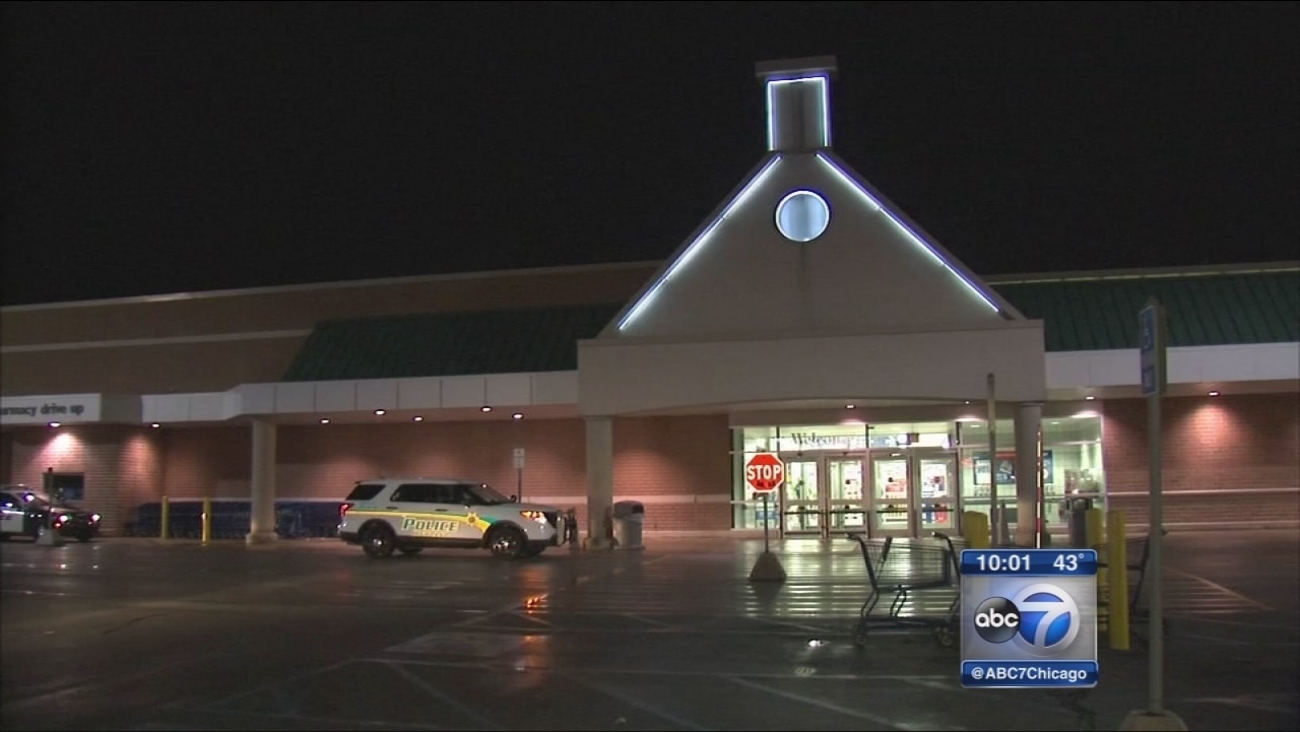 A Meijer store in Highland, Ind., was evacuated Thursday night as police searched for an armed robbery suspect. (WLS)

Trevon Washington and a 16-year-old male were arrested following a short chase and crash in Highland Thursday night.

The two are charged with robbing an AT&T store in neighboring Schererville.

Police say two other suspects ran from the crash. They are considered armed and dangerous.

Police said the four suspects led officers on a chase before crashing outside the Meijer in Highland.