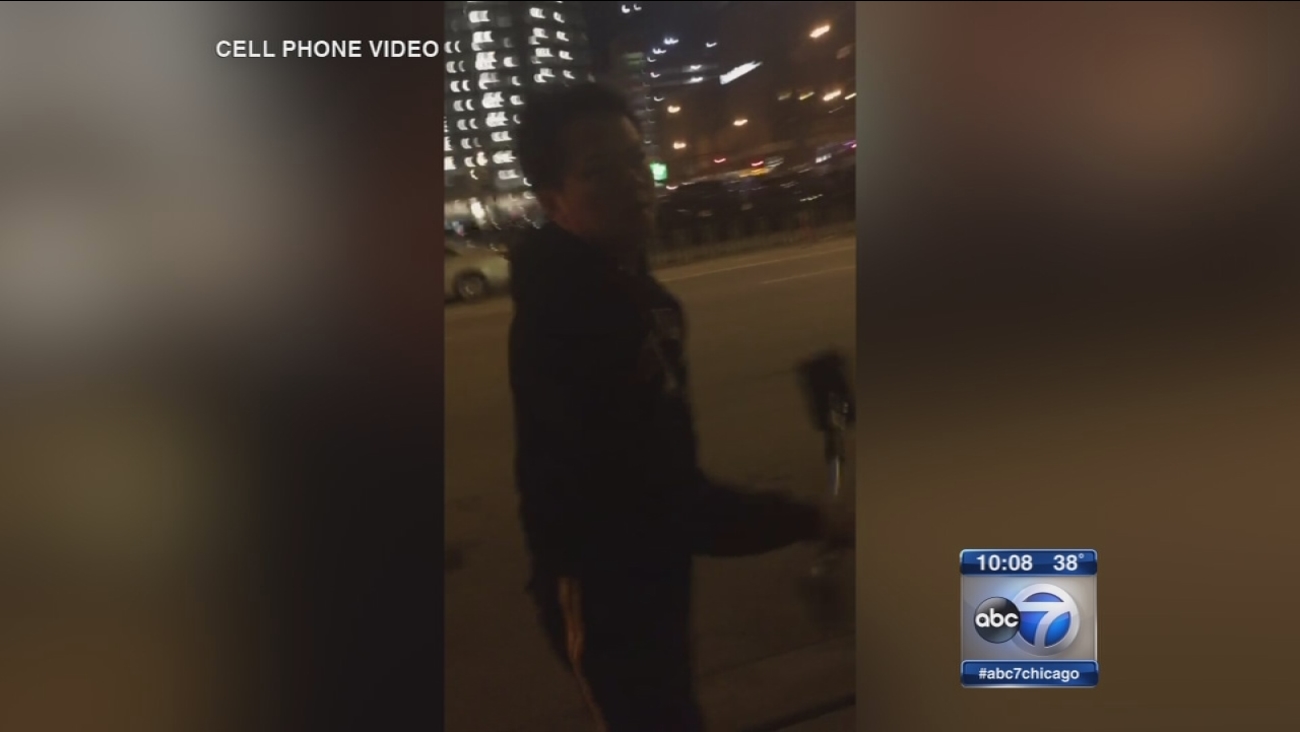 Two women say they were attacked by an Uber driver wielding an ice scraper on a busy corner in Chicago's Streeterville neighborhood. (WLS)

CHICAGO (WLS) -- The Chicago Uber driver who used an ice scraper to attack two passengers will have to attend anger management classes.

Chieh Wang, 37, was charged with two counts of battery and one count of criminal damage to property in connection with the incident. He pleaded guilty to battery charges on Friday.

The women say the attack took place on a busy corner in Chicago's Streeterville neighborhood.

A witness captured the incident on his cell phone camera on December 15th. The video shows a man swinging an ice scraper at two women before the witness intervened and broke up the altercation. Shortly after that, police arrived and arrested the driver.

The two women, Kourtney Wilson and Toni Sanders, said the driver was upset after they had called for the ride because one of the women was checking out at a nearby grocery store and the driver didn't want to wait.

"He did not want to wait, I asked him to wait. Toni was then walking up to the car at this point, he didn't want to wait. I'm not going to argue with you. I got out of the vehicle," Wilson said.

The women said the driver got angry, threatened the women, then left. Then, he returned, got out of his car and started swinging.

"I was just in shock. I could not believe that it was happening. You know, you hear stuff like that. I couldn't believe it. He just continued to berate us with the ice scraper portion of the snow brush," Wilson said.

"I didn't expect to be hit because who hits someone with an ice scraper? And at that point, it was just complete chaos with him punching and hitting us in any fashion that he could. I mean, I was fearful for my life at that point," Sanders said.

The women said they were struck hard enough to cause bruising and tears in their clothing.

"The fervor in which he attacked us, I don't think he would have stopped if no one else had been around," Sanders said.

In a statement, Uber said the driver's behavior was unacceptable, and he's been removed from the car service.