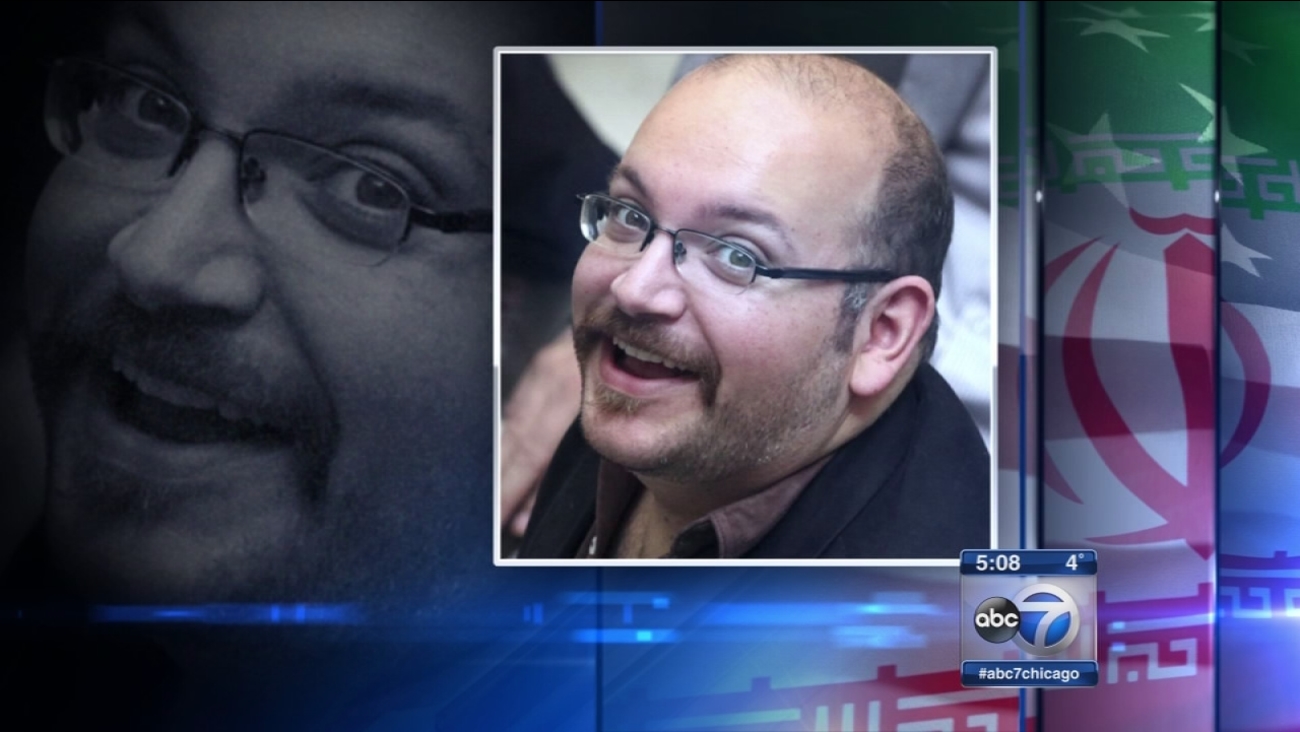 Jason Rezaian, a Washington Post reporter who was released from an Iranian prison (WLS)

LANDSTUHL, Germany (WLS) -- Jason Rezaian, one of the U.S. citizens freed by Iran as part of a prisoner swap last weekend, issued a written statement Wednesday from Landstuhl, Germany via the Washington Post.

"I want everyone to know that I'm feeling fine, and I feel lucky to be here at a place where I can get such terrific care. I appreciate everything that has been done on my behalf, and I want particularly to thank the Swiss Foreign Ministry, the Swiss Air Force and the fine doctors here at Landstuhl. I'm staying with my family at a very comfortable guest house on the base, which has been a great place to begin my recovery."

"I've spent a lot of my life writing about the United States and Iran, and I never imagined - and never wanted - to become a part of the story, particularly at such an extraordinary moment. I want to get back to writing the U.S.-Iran story at some point in the future. But I won't be saying anything further for awhile. I hope everyone will respect my need for privacy as I take some time for myself and for my family. For now, I want to catch up with what's been going on in the world, watch a Warriors game or two, and see the Star Wars movie."

Rezaian, a 39-year-old Washington Post reporter, was accused by Iranians of being a spy and spent 18 months imprisoned.

Rezaian met with two Washington Post editors Monday, telling them he was "feeling good" physically after the ordeal, the newspaper has reported.

Rezaian shared his experiences in prison, stating that at one point he spent 49 days in solitary confinement. The Washington Post also reported that he was later placed in a 15-by-20 foot room with three cots and no mattresses.

U.S. Diplomat Brett McGurk negotiated the prisoners' release over 14 months of secret talks. The prisoners were freed in exchange for the U.S. pardoning or dropping charges against seven Iranians.

U.S. Marine Amir Hekmati and pastor Saeed Abedini were freed and arrived in Landstuhl Sunday with Rezaian. A fourth American opted to stay in Iran, and a fifth American was released separately.

Rezaian spent most of his childhood in California, except for a few high school years in Wheaton, Illinois.