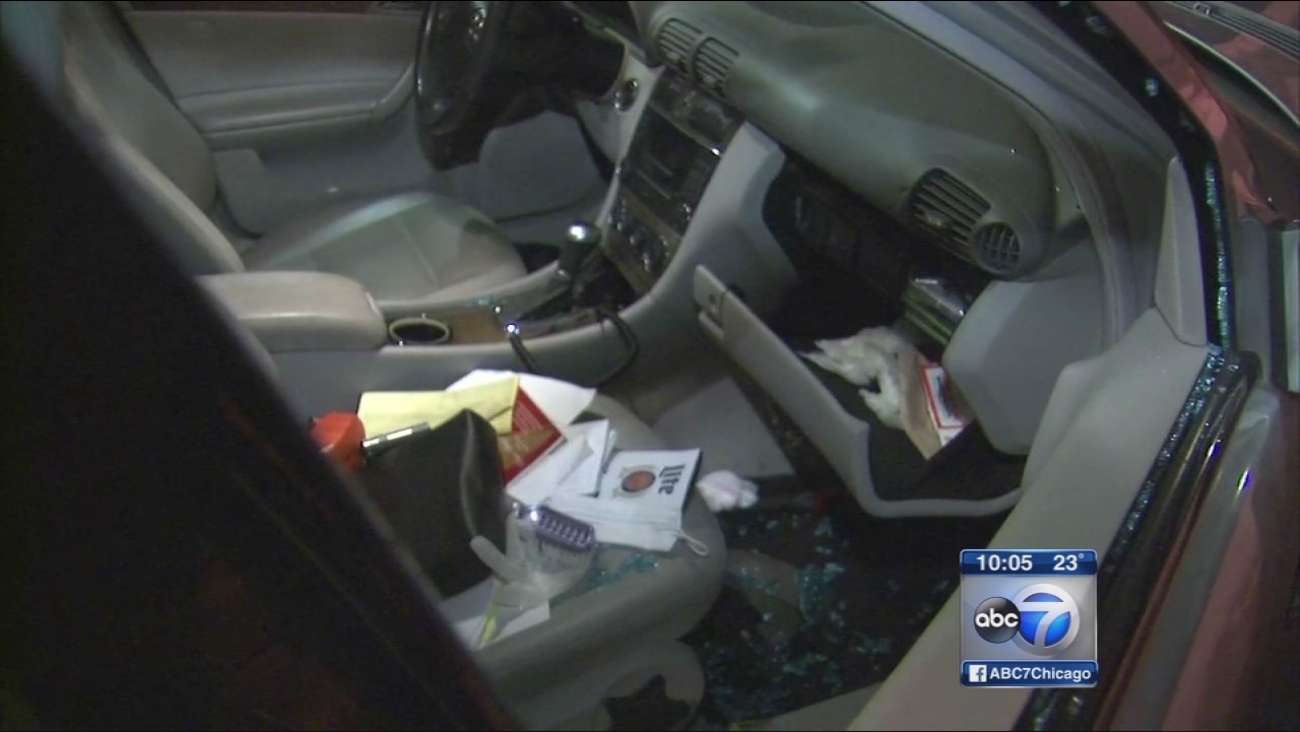 Commuters are angry after cars were broken into and vandalized at a Southwest Side Metra parking lot. (WLS)

CHICAGO (WLS) -- Two 16-year-old boys were each charged with burglary after police caught them stealing from cars in a Metra parking lot on Chicago's Southwest Side.

Several burglaries were reported this month at the Ashburn and Wrightwood stations along the Southwest Service line. Metra police were conducting surveillance at the Ashburn stop Tuesday afternoon when they saw two teens in the parking lot.

Around 4:10 p.m., the officers saw the boys get out of a parked vehicle. The teens circled other vehicles and checked to see if they could get into any of them. When police walked up to the boys, one of them dropped what he was holding. The property was later identified by the owner of the vehicle.

Police said the boys admitted to breaking into cars at the Ashburn station. They were arrested and each charged with burglary to a motor vehicle, a felony. They are due in Cook County Juvenile Court in February.

Investigators are looking into whether the teens were involved in prior burglaries at the Wrightwood and Ashburn Metra parking lots. Police said additional charges are pending.