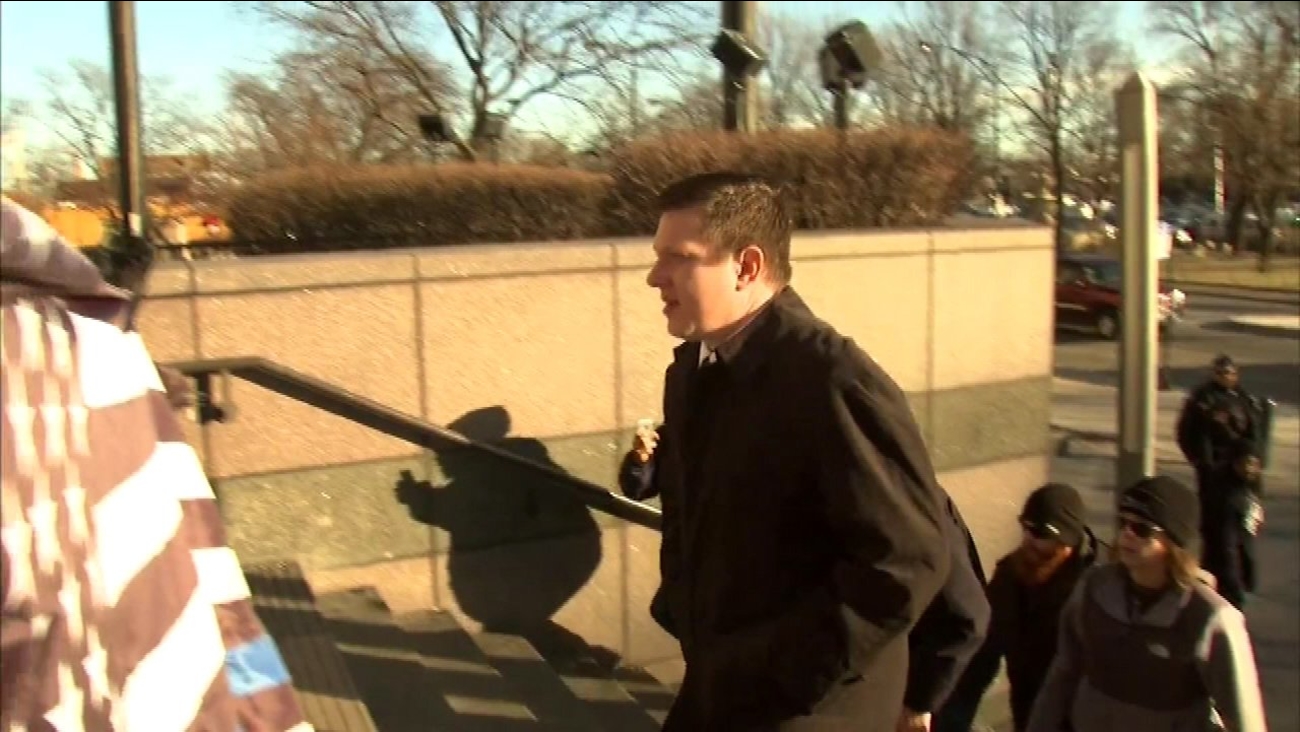 Jason Van Dyke walks into the Cook County Courthouse at 26th and California on Fri., Jan. 29, 2016 for a status hearing.

CHICAGO -- A white Chicago police officer accused of shooting a black teenager 16 times in 2014 appeared in court on Friday for a status hearing.

Jason Van Dyke has pleaded not guilty to first-degree murder in the death of 17-year-old Laquan McDonald.

His next court date is March 23.

The release of the video sparked citywide demonstrations with protesters alleging a cover-up and calling for the resignations of Mayor Rahm Emanuel and Cook County State's Attorney Anita Alvarez.

Alvarez has defended her office, saying such investigations take time. Emanuel has vowed to improve trust in the police department.