Seminarian arrested in San Diego for allegedly trying to have sex with infants, girls in Mexico 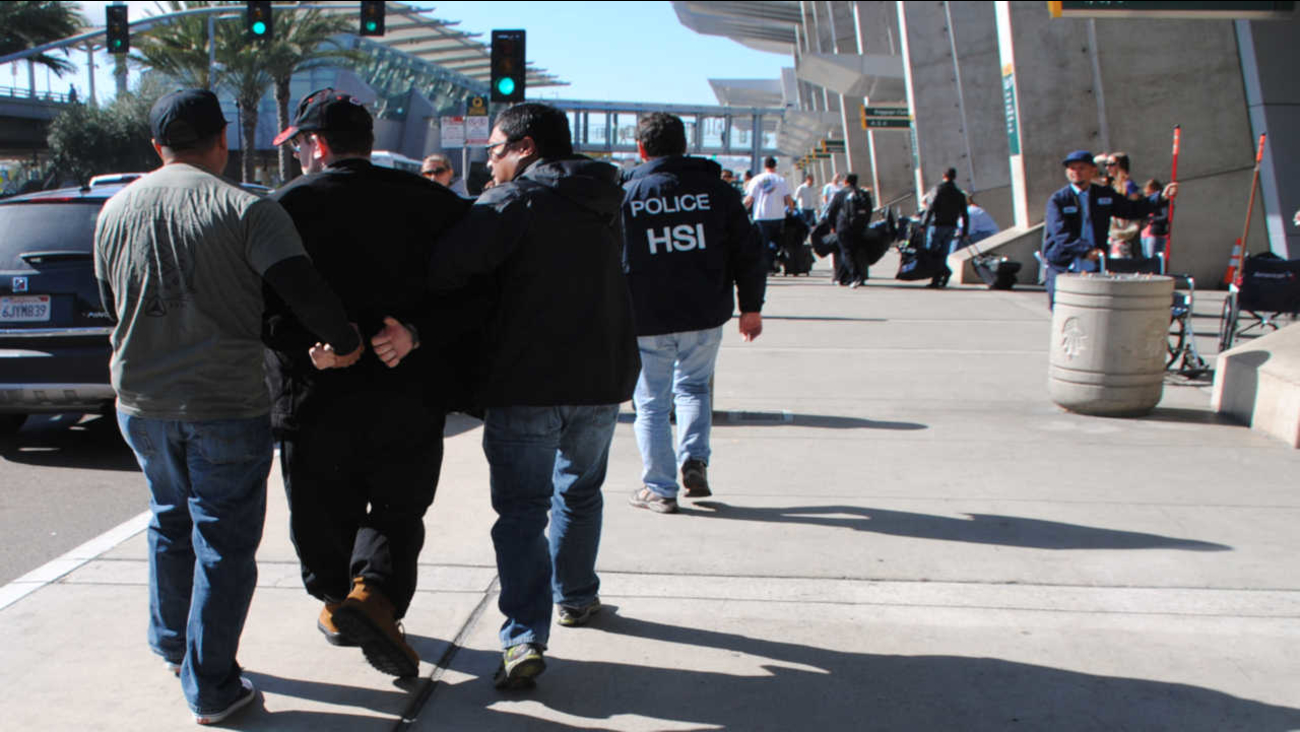 Seminarian Joel Wright, second left, is arrested at San Diego's airport in San Diego on federal charges for allegedly seeking to have sex with infant and young girls in Mexico. (U.S. Immigration and Customs Enforcement)

SAN DIEGO, Calif. -- A former Ohio seminarian arrested for allegedly seeking to have sex with infants and young girls in Mexico was carrying $2,000 in cash along with baby clothes and a bottle in his luggage, a Department of Immigration and Customs Enforcement spokeswoman said Sunday.

Joel Wright, who was arrested Friday in San Diego, had previously traveled to Tijuana in an unsuccessful attempt to adopt a child, authorities said.

According to the criminal complaint, the former student at Pontifical College Josephinum in Columbus tried in 2014 to adopt a child in Mexico - going so far as to hand over an "adoption fee" in a Tijuana hotel room - and more recently spelled out in explicit online messages what he hoped to do with an infant and a 4-year-old girl.

Asked in an email if he'd previously had sex with infants, Wright allegedly responded: "I have not gone all the way before but I have made it very close in the past so I do have experance (sic)."

Wright, 23, has been charged with travel with intent to engage in illicit sexual conduct and aggravated sexual abuse of a child. He is scheduled to appear in court in Monday.

Court records do not indicate that Wright has an attorney. His mother, Teresa Wright Poquette, told The Associated Press on Sunday that she didn't believe the allegations.

Poquette, who lives in Vermont where Wright grew up, said she couldn't say anything more.

Rev. John Allen, vice president for advancement at Pontifical College Josephinum, said Wright began attending the school last fall and that he'd undergone a battery of psychological tests, interviews and a background check before being accepted. Wright lost his status at the seminary when he left the campus without authorization.

"We're shocked and saddened by the heinous nature of the allegations," Allen told the AP.

After Wright's arrest, ICE released a statement saying he had arranged to meet a guide to take him to a hotel in Tijuana after flying from Columbus. He was instead arrested by Homeland Security agents upon arrival in California.

According to the complaint, Wright placed an ad on the Tijuana Craigslist site in July 2014 that sought to adopt a child, but didn't succeed when the person who responded - called the "reporting person" in the complaint - took his money and never returned.

The same person, using a different email address, responded to another Craigslist ad from Wright in July 2015, the complaint said. Wright initially said he was interested in marrying a woman and adopting a child, but eventually revealed he wanted to have sex with infants, according to the complaint.

Homeland Security received a tip about Wright in November and an agent took over the reporting person's latest email account and began corresponding with Wright, the complaint said.

The agent bought a plane ticket for Wright so he could fly to San Diego, but Wright balked and said in an email that he didn't want to be contacted again, according to the complaint.