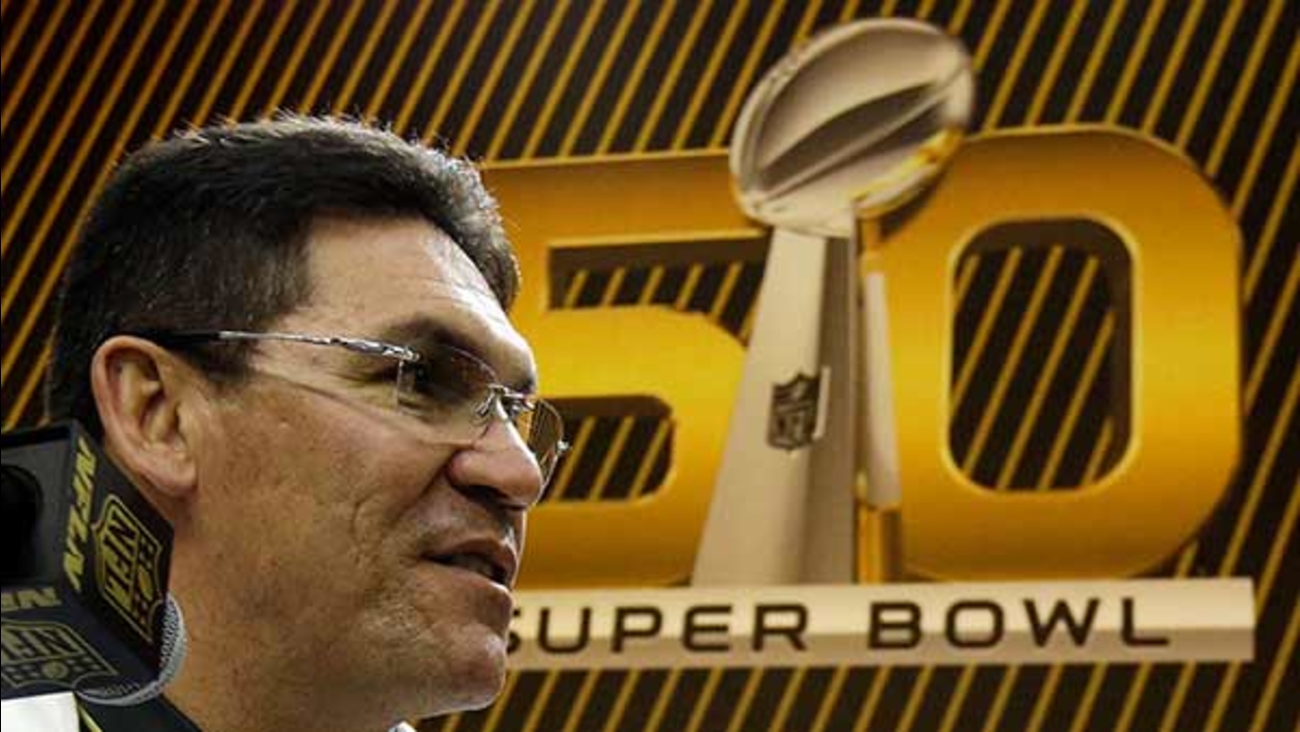 The ESPN "30 for 30" film documenting that team's incredible run to champions is incredible. It's a must-see for Bears fans aching to bridge that 30-year gap from greatest team of all time to reality - digging out from the basement of the NFC North, again.

There's nothing like Super Bowl week to remind us all how far they have to go. But with John Fox's former teams meeting on the game's biggest stage, there is reason to hope. Fox took Carolina to Super Bowl 38, and a decade later, he took Denver to Super Bowl 48. He lost both times, but still, it's more trips than the Bears have made since 1985, right?

Let's start with the obvious, Ron Rivera: The head coach of the Panthers knows what it's like to head to the Super Bowl with one loss. He won as a linebacker with the '85 Bears. But it doesn't end there. Riverboat Ron was the Bears Defensive Quality Control Coach (1997-98) & then of course the Defensive Coordinator (2004-2006). Many believed he should have been promoted to head coach. That didn't happen and he moved on, but I'm pretty sure Rivera is doing just fine.

Greg Olsen (TE): The Chicago Tribune recently wrote about the worst trades in Chicago sports history. Yeah, Olsen is on that list. The Panther's tight end was the same for the Bears after they picked him in the first round of the 2007 draft. Olsen worked well with Jay Cutler, which should have been enough to keep him. But he was traded to Carolina for a third round pick who turned out to be Brandon Hardin, who is no longer playing. Advantage Panthers... and Olsen.

Charles Tillman (CB): One of the most recognized and loved Bears of the last 15 years, Peanut is currently on Injured Reserve for the Panthers. That part is a bummer. The long time corner deserves to play in another Super Bowl. It's hard not to cheer for him to get a ring, even while using crutches.

Jared Allen (DE): One of my favorite interviews over the last couple of seasons, Allen played defensive end and linebacker (or at least tried) in just over a season with the Bears. Arguably the best pass rusher of his era, he's playing in his first Super Bowl!! He too is battling injury, but again, it's hard not to root for him.

Joe DeCamillis: Joe D was assistant head coach and special teams coordinator for the Bears for two seasons. He was a part of the Trestman staff that clearly didn't quite hit the mark. But he's landed in Denver, coordinating special teams to the AFC Title and now Super Bowl 50.

I'm not sure if any of this helps Bears fans feel more connected to Super Bowl 50, but it gives you something to talk about while dreaming of the day the Bears actually participate in the biggest game of the year.