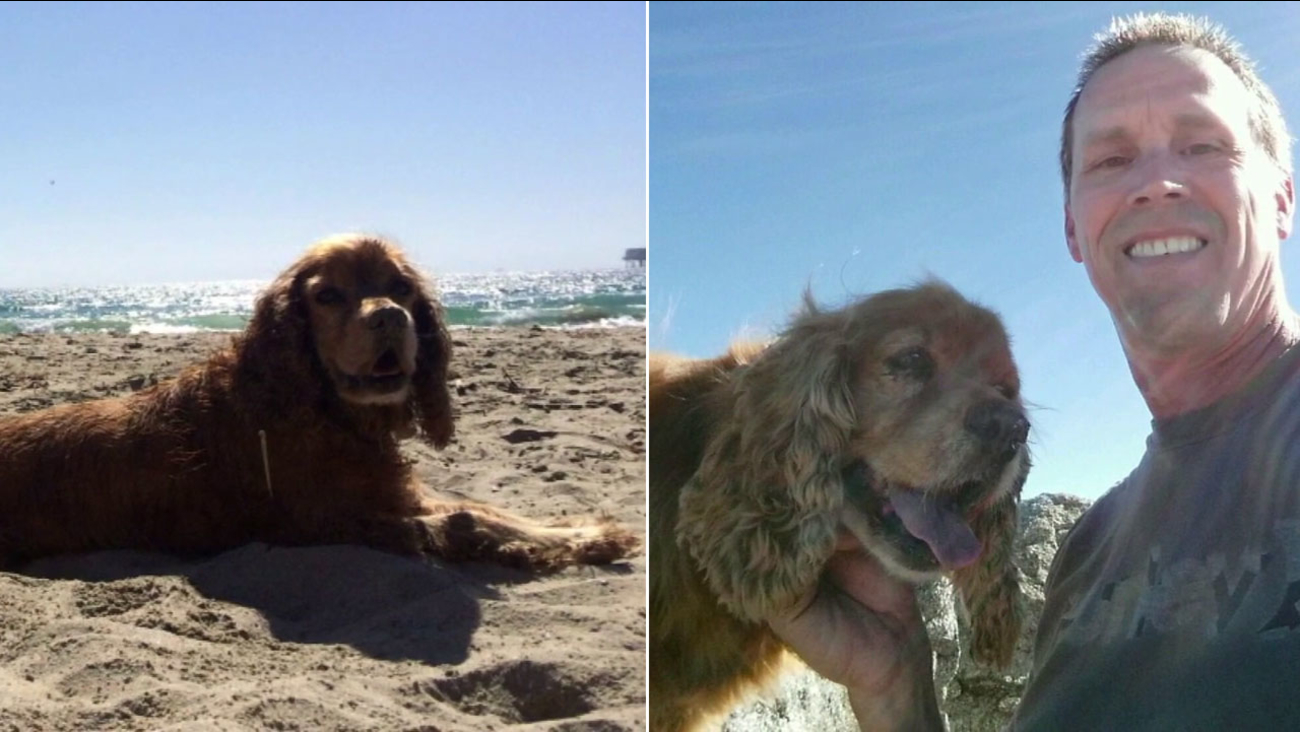 Mike Heredia and his dog Otis are shown in undated photos. (KABC)

CLAREMONT, Calif. -- A dog named Otis who was stolen right out of his owner's hands was returned to his Claremont home early Tuesday morning.

Around 5 a.m., Claremont police came to Mike Heredia's door to let him know his 15-year-old friend was found. Authorities said the suspects left the dog at the park.

When a suspect in a passing car snatched the cocker spaniel off the street in broad daylight Monday afternoon, Heredia tried to climb through the car's window to get his beloved pet back.

He was taking his three dogs to the Claremont Pooch Park on South College Avenue when he heard a yelp.

Otis, who was not on a leash, was grabbed by the suspects. That's when Heredia sprang into action.

With his body hanging out of the window, the 50-year-old was dragged more than half a block. He was rushed to the hospital.

"I got a dislocated shoulder and I have road rash from being dragged down the street on my foot, it almost went down to the bone," he said.

He said Otis is doing well and appeared to be thirsty when he got him back.