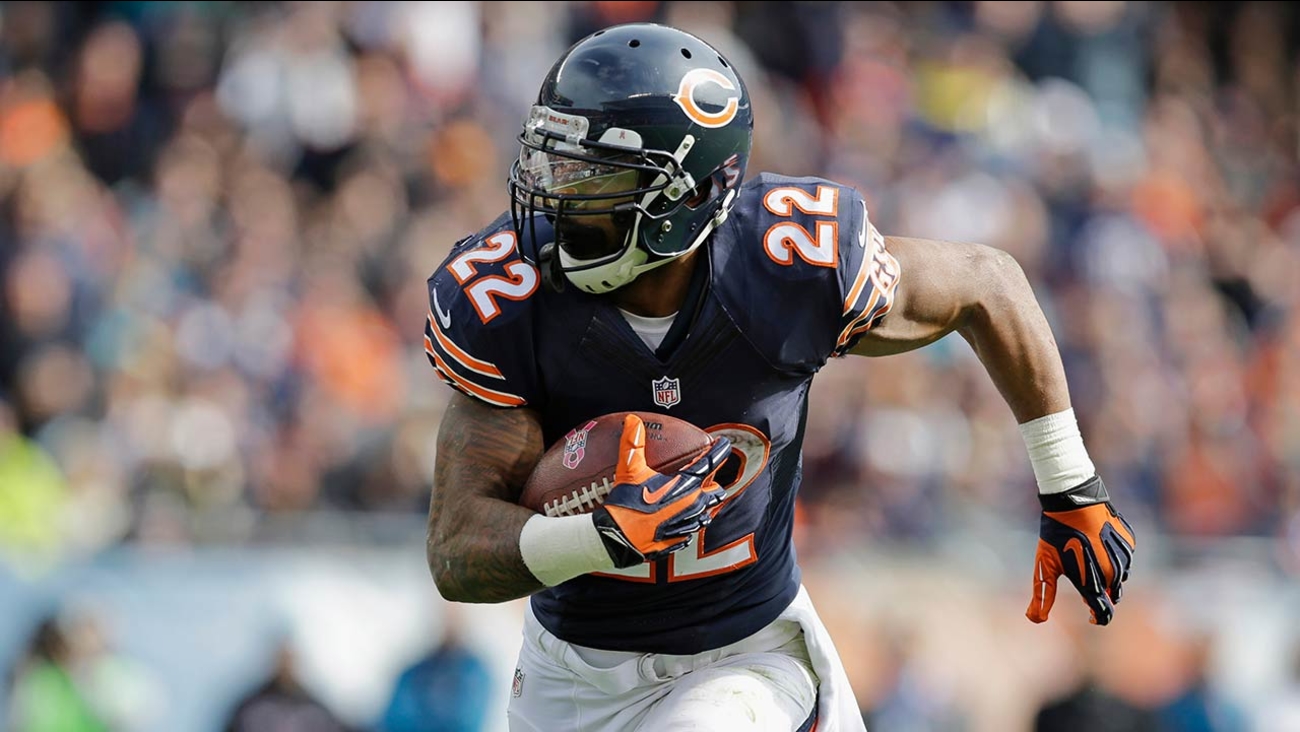 CHICAGO (WLS) -- The Chicago Bears are not re-signing running back Matt Forte, he announced in an Instagram post Friday morning.

"Despite my wishes, my days as a member of the Chicago Bears have sadly come to an end. I was informed earlier this week from the GM that they will not be attempting to re-sign me in free agency. I will remain forever grateful for my time spent in Chicago and being able to play for an organization with such a rich history. My only regret is not being able to win a Lombardi trophy for the best fans in all of sports. I'm excited about the next chapter of my NFL career. But, Chicago will always be home. God Bless and Bear Down!"

Forte was drafted by the Bears in 2008. ESPN said in his eight seasons with Chicago, he rushed for 8,602 yards and scored 64 touchdowns. He earned a base salary of $7.050 million last season.

The team confirmed the post, calling the two-time Pro-Bowler one of the "all-time great Bears."

He will be an unrestricted free agent and can sign with any team beginning March 9.

Drafted in the second round by the Bears in 2008, Forte emerged as one of the most successful running backs in franchise history. But he is 30 years old and the team has a long list of needs following a six-win season.