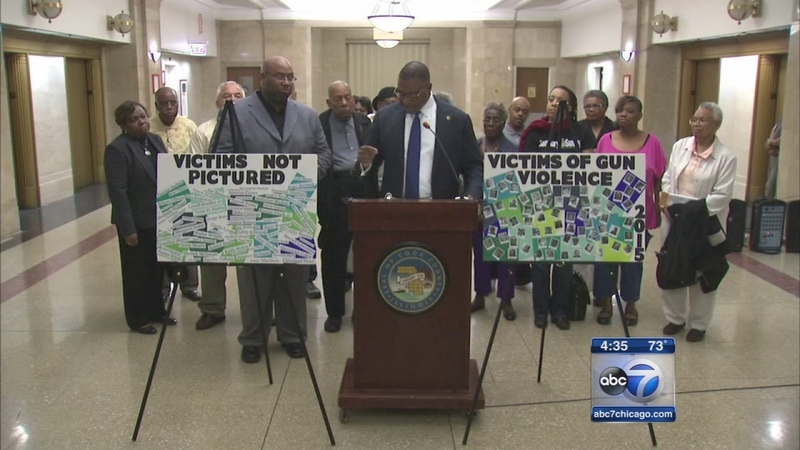 CHICAGO (WLS) -- A dozen people were killed and another 43, including a 4-year-old girl , were wounded over a violent Memorial Day weekend in Chicago.

The weekend's violence comes days after Mayor Rahm Emanuel gave an inaugural address that focused on young people and violence.

While public officials have ideas on how to solve the problem, some mothers of victims have yet to see any progress or hope.

Toneya McIntosh knows exactly what the families of the weekend's 12 murder victims are going through.

"My heart just broke for all the families that had to go through what I'm going through. It's a journey I never thought I would be in," McIntosh said.

McIntosh's 20-year-old son Tony was shot to death right in front of her in October 2014. The suspect, who was just arrested last week, opened fire on a South Side front porch.

McIntosh performed CPR on her son, but it was too late. She hopes it's not too late to curb the violence by the time her grandson is older.

When asked about the Memorial Day violence, Mayor Rahm Emaunel says tighter gun laws and help from the entire city of chicago would help..

"This is not just a job of police department, it's not just the job of the government to do after school or summer jobs activities, though we're going to do that," said Mayor Emanuel. "It's the job of all of us coming together as neighborhoods and communities to secure our streets."

Cook County Commissioner Richard Boykin introduced a seven-point plan Tuesday as he stood next to a poster displaying the faces of 2015's gunshot victims. The plan calls for more parenting workshops and charging shooters with domestic terrorism.

"They are terrorists trying to destabilize communities and we ought to charge them with domestic terrorism just like we go after the folks who want to join ISIS," Boykin said.

McIntosh says stopping violence must start with the community.

"I think the community needs to speak up more," she said. "So many people are scared, don't want to talk."

McIntosh says it's time to end the anti-snitching campaigns. She said her son's shooter was finally charged on May 22 after the community gave information to the police. McIntosh also agrees that stricter gun laws, parenting workshops and after school activities will help reduce violence.