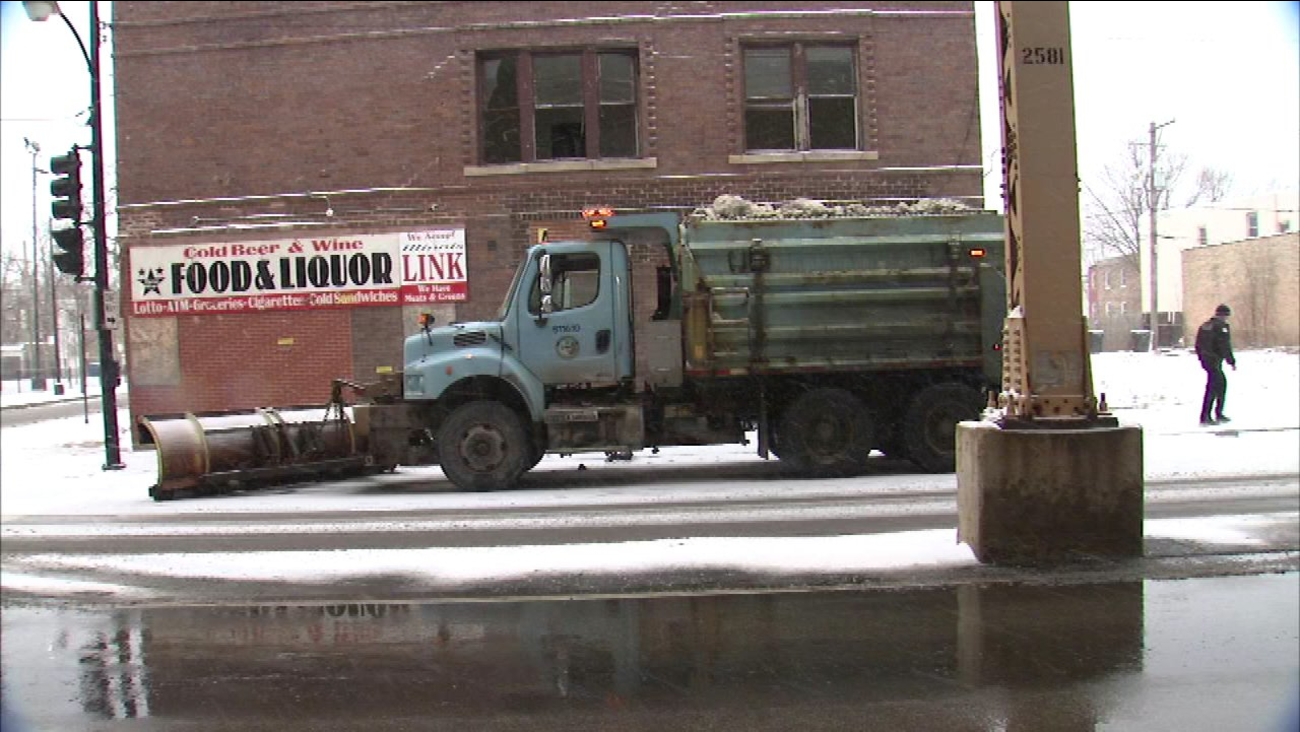 CHICAGO (WLS) -- A Chicago Streets & Sanitation Department snowplow driver was the target of gunfire Sunday afternoon by another driver on the city's West Side, police said.

At about 2:20 p.m., the worker was near West Lake Street and North Kostner Avenue in the West Garfield Park neighborhood when he got into an altercation with another driver. The driver thought the plow driver was not driving fast enough, the plow driver told police.

Moments later, the snowplow driver heard shot fired towards his direction. The offender's vehicle sped away.

The shooter is described as a young male in a dark-colored SUV.