3rd hiker in 1 month falls to his death on Calif. mountain 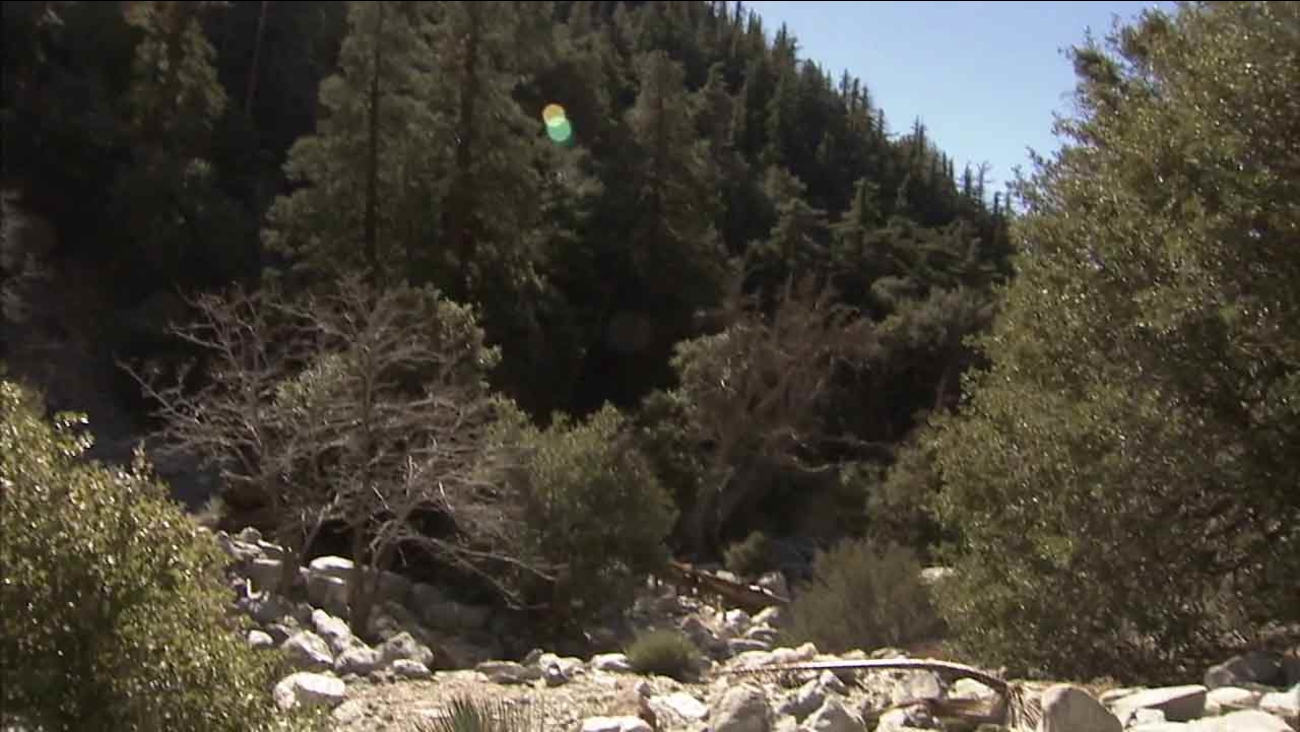 An undated photo of a trail in Mount Baldy, Calif.

MOUNT BALDY, Calif. -- A 45-year-old hiker is dead after falling down a mountainside in Mount Baldy on Saturday.

He was transported to Arrowhead Regional Medical Center, where he was pronounced dead, authorities said.

Sheriff's officials were investigating the incident.

The victim's name was not released, pending next of kin.

Mount Baldy trails were temporarily closed Feb. 8 after two previous deaths in less than one week.

Dong Xing (Tony) Liu, 47, of Temple City, was hiking with his wife in the Icehouse Saddle area Saturday afternoon when they both slipped and fell 120 feet down a slope, according to the San Bernardino County Sheriff's Department. Liu was pronounced dead at the scene, and his wife suffered major injuries to her leg and hip.

Just days before, 23-year-old Daniel Nguyen fell 1,500 feet to his death while hiking the Devil's Backbone trail in Mount Baldy.

A hiker details surviving falling about 1,000 feet near Mount Baldy, where numerous recent deaths have been reported.

It was less than a month ago that Jason Lopez was hiking Timber Mountain near Mount Baldy with his brother-in-law, Rob Wayman.

Lopez said he did not feel he was in danger until they reached near the peak, where the conditions changed.

"The terrain was getting steeper, and it was icy," Wayman said. "There was snow everywhere."

They were close to the summit when Lopez lost his footing, and Wayman said that's when he saw him go over the edge.

The pair estimates the slide at more than 1,000 feet but Lopez survived. The hiker suffered broken bones, a skull fracture and brain damage but is happy to be alive.

"At that moment I was just hoping he was going to be OK," Wayman said.

Since then, there have been dozens of rescues at Mount Baldy, as well as three deaths, including a 45-year-old man who fell off the Devil's Backbone trail over the weekend.

The trail was closed on Feb. 8 after the Forest Service had deemed it too dangerous. The area has since reopened, but officials are warning people to be careful.

Lopez and Wayman wondered if the trails should be closed to the public.

"With the amount of deaths and people going up and hiking these trails, they definitely need the training behind themselves to understand when a situation is a little too hairy," Lopez said.