Man charged in crash that injured 2 officers on Northwest Side 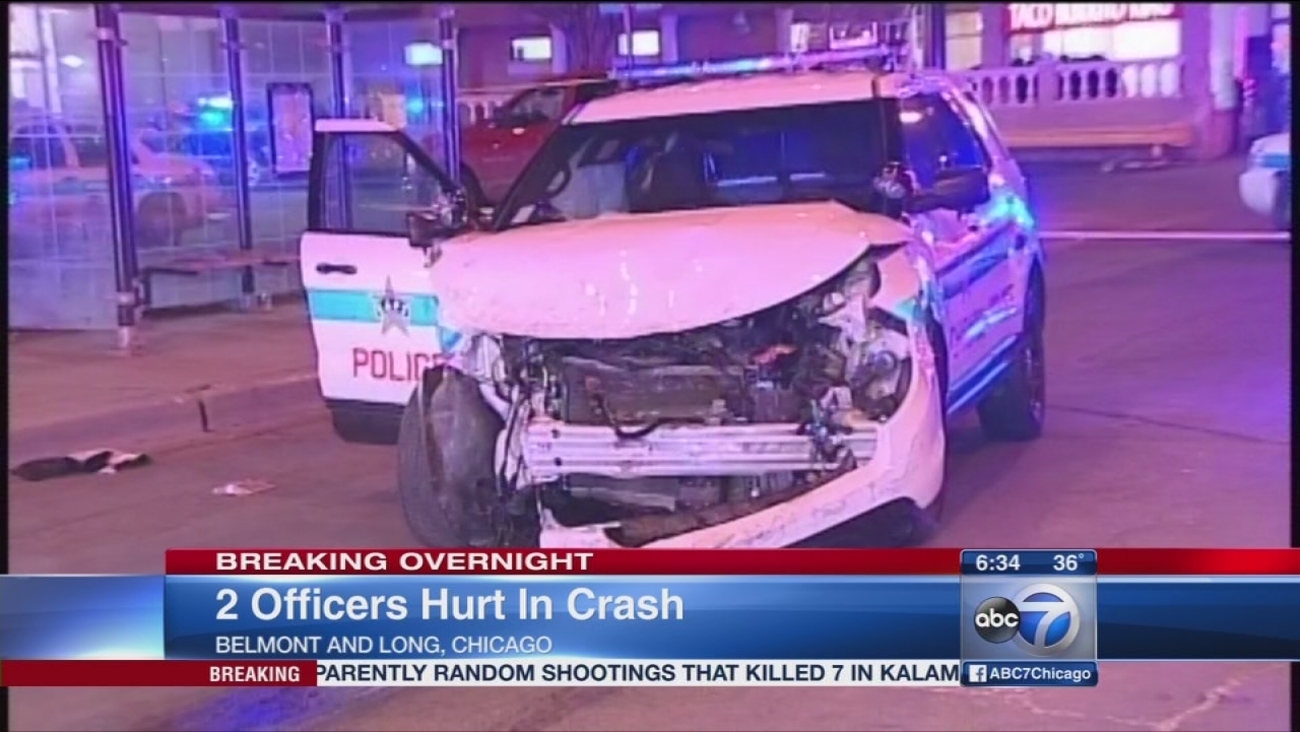 A crash on the city's Northwest Side injured two police officers and critically injured another man, officials said. (WLS)

CHICAGO (WLS) -- An Indiana man has been charged in a crash on the city's Northwest Side that injured two police officers, officials said.

The crash occurred when police attempted to pull over a black van near West Belmont and North Long just after 1 a.m. Sunday in the city's Belmont Cragin neighborhood. The van resisted and sped off, running a red light and hitting a police car head-on, police said.

The driver is identified as Timothy Terrazas, 35, of Hobart, Indiana. Charges include driving under the influence and driving on a suspended license.

Terrazas was hospitalized in critical condition; the two officers were transported to local hospitals with non-life threatening injuries.

"He was drunk and he didn't have a license," said Cameron Stegenga, a passenger in the van who spoke exclusively with ABC7. "But the cops even told us that if he would have stopped and said, 'Look, I'm drunk, we're going right here,' they would have let us go and none of this would have happened."