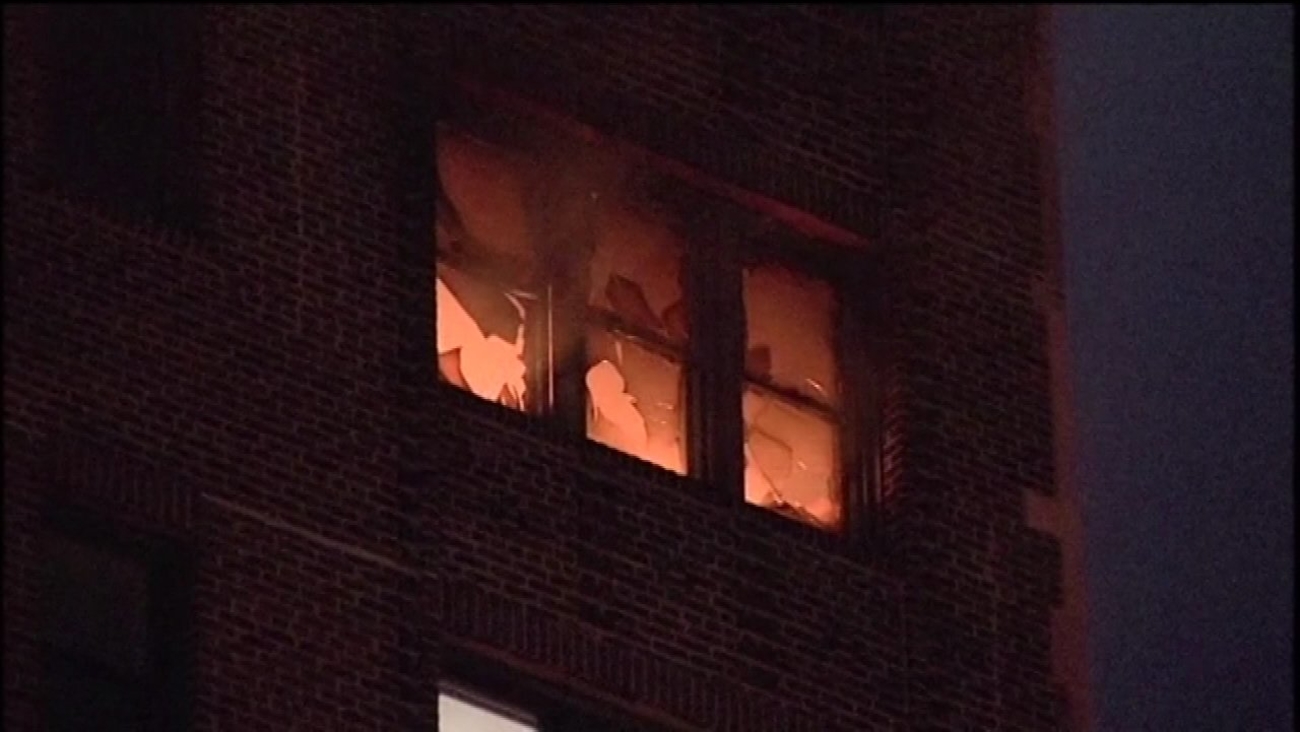 Flames shot from the windows of a unit on the tenth floor of the 17-story building in the 5400-block of South Cornell Avenue.

Two elderly people who live in the unit where the fire started were taken to a hospital.

Firefighters responded at 10:47 p.m. The blaze was contained to one room and was extinguished within a few minutes, Chicago Fire Department Cmdr. Frank Velez said.

The 64-year-old woman and 67-year-old man were both taken to Mercy Hospital and Medical Center for evaluation, Velez said, adding that they were not injured.

No one was displaced as a result of the fire and the building was not evacuated. The cause of the blaze remains under investigation Wednesday morning.