Ricketts response to Trump tweet: 'If we have something to hide, you guys would have found it' 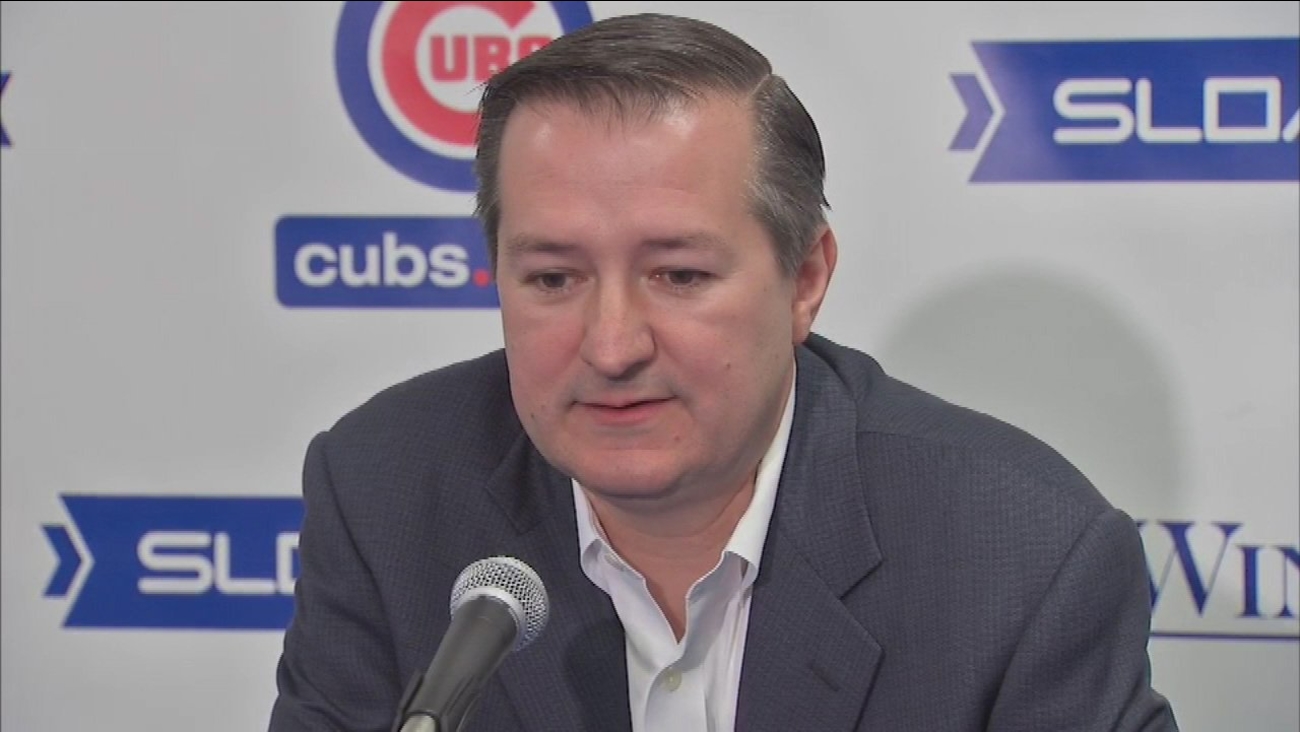 Trump tweeted a warning to the Ricketts family on Monday in reaction to news that Marlene Ricketts - the matriarch of the family that owns the Chicago Cubs - is helping pay for ads against Trump in the race for president.

"It's a little surreal when Donald Trump threatens your mom," Ricketts said. "But you know, the fact is whether it's my mom or my dad on his spending stuff or my sister on marriage equality or my brothers on what they do or what we do with the team, we're pretty much an open book. We stand up for what we believe in, we support the cause we think is important, and that's what America should be."

Misspelling their name, Trump writes, "I hear the Rickets (sic) family, who own the Chicago Cubs, are secretly spending $'s against me. They better be careful, they have a lot to hide!"

"If we have something to hide, you guys would have found it by now, I'm sure," Ricketts told a crowd of media.

"It does stir it up, and he sucks all the oxygen in the room. And other candidates can't get out there, but I don't think it's going to work very well here," Brady said.

"The race for president has been a very wild process, and I specifically have not commented on any of it," Rauner said.

But after resounding wins in New Hampshire and South Carolina, the Republican Party is facing the possibility that if Trump is triumphant in Nevada and then again on Super Tuesday, he will likely be the nominee. Former Senator Bob Dole is the latest member of the so-called "establishment" lining up behind Senator Marco Rubio.