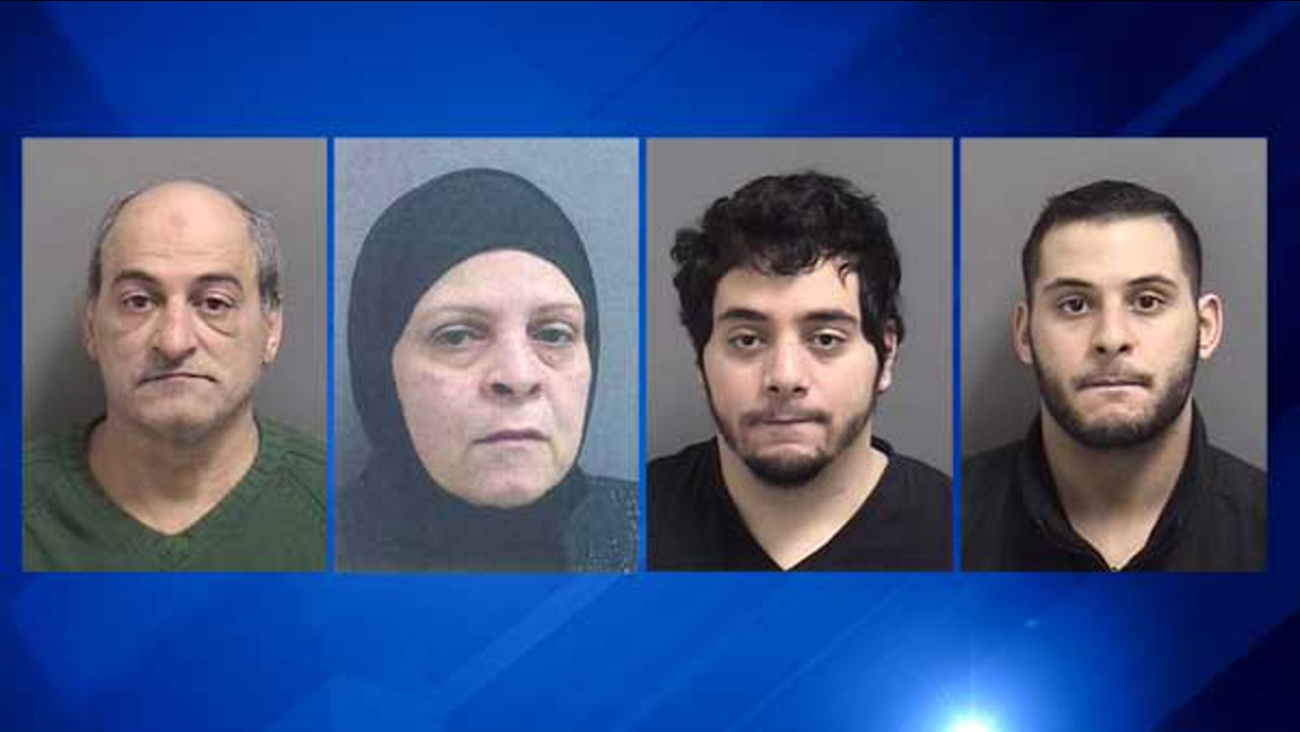 ORLAND PARK, Ill. -- Four people have been charged with dragging a 17-year-old boy out of his car and beating him in the street last week in southwest suburban Orland Park.

The boy was driving north on Harlem Avenue approaching 151st Street about 12:40 p.m. Friday when a Nissan that was also northbound crashed into the side of his car, according to a statement from Orland Park police. The Nissan then blocked his car's path, and its occupants and the occupants of a third vehicle rushed the car.

The four attackers entered the boy's car and forcefully pulled him out onto the road, where they wrestled him to the ground while continuously punching and kicking him, police said. The beating continued until bystanders approached to help the boy.

The victim was treated on the scene by paramedics for cuts and bruised to his face, police said. Further investigation revealed that the attack was not random, he knew the attackers and he was targeted because of "family issues."

Investigators identified the attackers as 22-year-old Ishaak I. Hamdan, 23-year-old Damin Hamdan, 55-year-old Isa D. Hamdan and 52-year-old Aida I. Hamdan, who were each charged with felony counts of aggravated battery and home invasion, police said. They all live in the 7600 block of Ponderosa Court in Orland Park.

Ishaak Hamdan was also charged with misdemeanor counts of reckless driving and leaving the scene of the crash, according to police.

Cook County Circuit Court Judge Peggy Chiampas set the bond for all four suspects at $10,000 during a hearing Sunday, police said. Their next court date was scheduled for March 28 in Bridgeview.