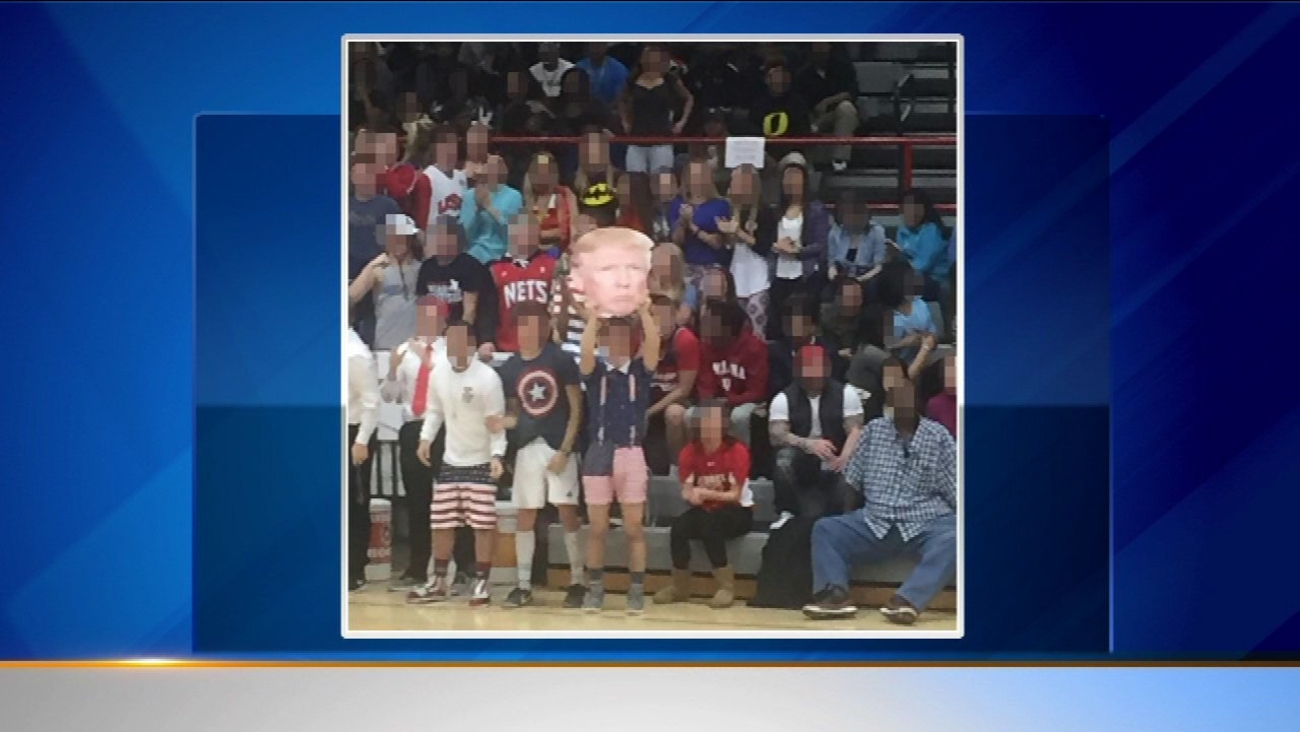 WLS
School officials are investigating an incident involving northwest Indiana high school students who waved signs with Donald Trump's face while allegedly chanting "Build that wall" during a basketball game against a school with many Latino students.

Parents and fans from Bishop Noll in Hammond, Ind., which has a large Latino student population, said they were shocked by the behavior of Andrean students. On social media Saturday, Andrean fans insist it was not their intent to offend and that last night's USA theme is one they've used at other games.

On Monday, Bishop Noll officials released a statement that read, in part: "Andrean school administration addressed the matter as soon as they realized what was going on and confiscated derogatory signage. They were greatly distressed by the inappropriate actions of a small group of their students and continue to investigate the event."

On Saturday statement, Bishop Noll officials sent a message to their community that read, in part: "Perhaps last night's incident was an unfortunate byproduct of irresponsible speech in today's political arena."

Bishop Donald J. Hying, of the Catholic Diocese of Gary, said the incident is being taken very seriously. Officials from both schools, as well as diocesan representatives, met on Sunday to plan steps for moving forward.

Hying said: "Any actions or words that can be perceived as racist or derogatory to others are antithetical to the Christian faith and will not be tolerated in any of our institutions. It was the furthest thing from anyone's mind that such actions would be happening at a gathering of two of our Catholic high schools. This is not what we teach our students.