Police pursuit ends in crash on Near North Side 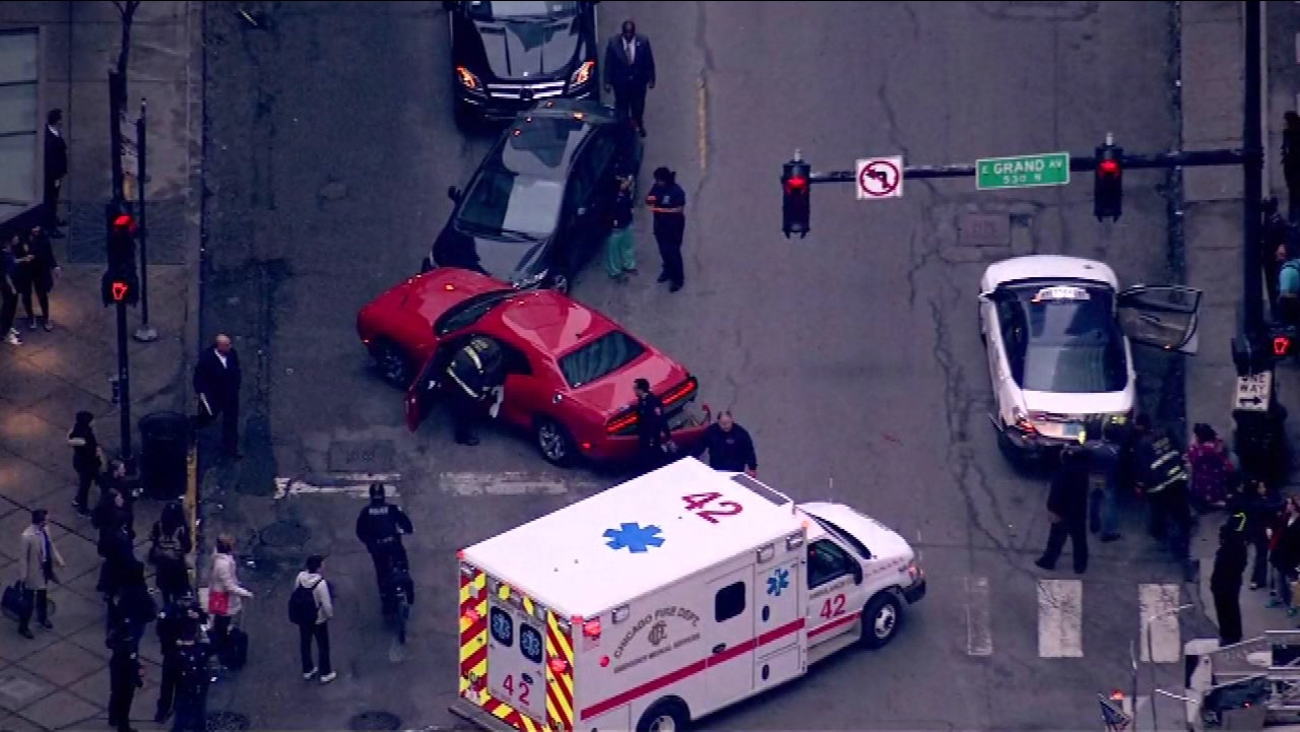 CHICAGO (WLS) -- Police are searching for the driver of a car that crashed into five vehicles, including two Pace vans, during Monday rush hour on the city's Near North Side, officials said.

The Charger was traveling southbound on Wabash when the driver crashed into the vehicles in the northbound lanes.

At least one person was treated for injuries at the scene.