CHICAGO (WLS) -- A Chicago man has been charged in the stabbing of an off-duty Indiana University-Northwest police officer at a city-owned auto pound on the South Side, police said Tuesday.

Heriance Turman, 38, was charged with attempted first-degree murder of the 22-year-old man, who was working security overnight at the auto pound in the 10300-block of South Doty Avenue.

Police said the officer may have interrupted the suspect trying to break into a vehicle and, upon discovery, the suspect produced a "cutting instrument" and stabbed the officer.

Turman is scheduled to appear in Cook County bond court on Wednesday.

Officials at Indiana University-Northwest in Gary, Ind., said the victim has been employed as an officer at the school for the past year. He was released from the hospital and expected to recover.
Related topics:
south deeringofficer injuredstabbing
Copyright © 2021 WLS-TV. All Rights Reserved.
RELATED 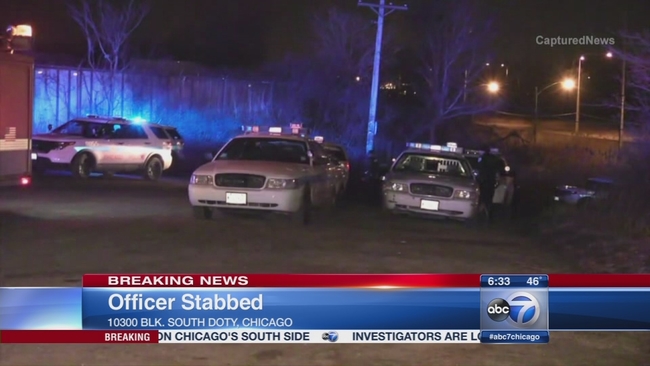