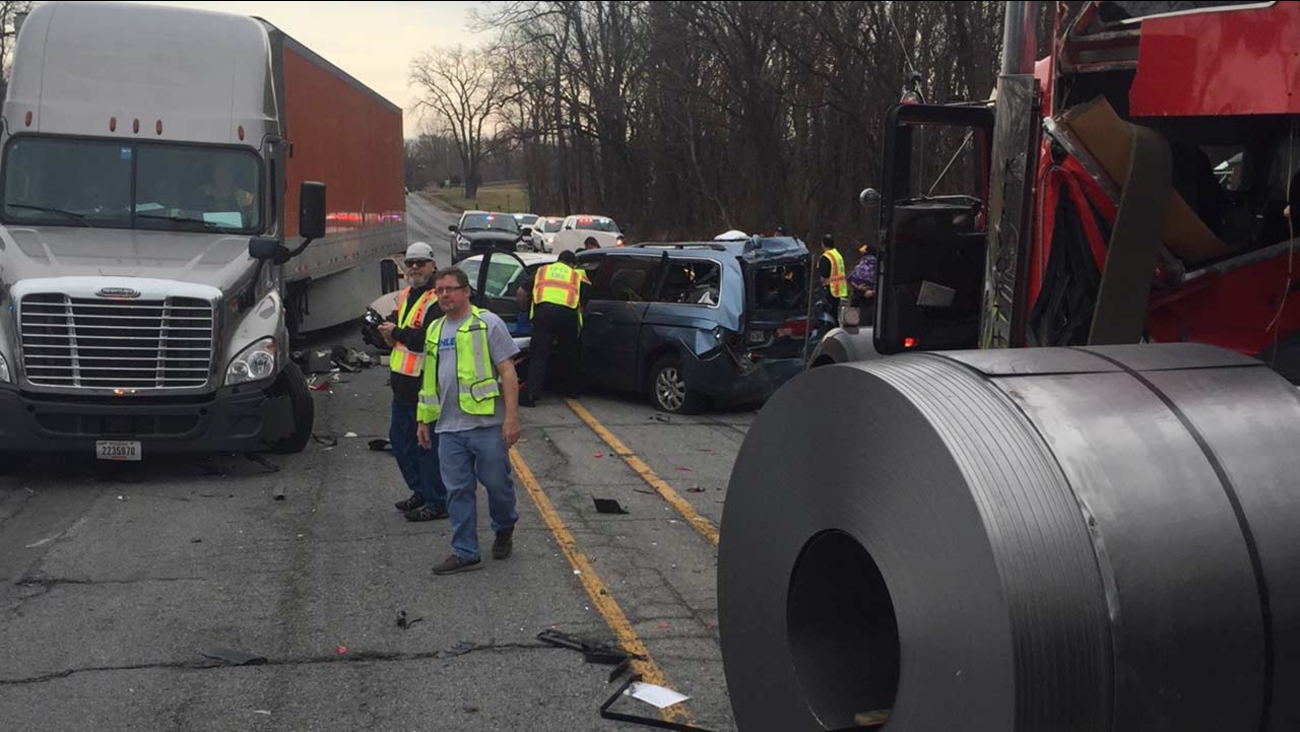 Police officers said they were already at the scene investigating a separate non-injury crash when the second crash occurred around 8:50 a.m. Tuesday in the eastbound lanes of US Route 20 just west of County Road 400 W. A semi-truck traveling eastbound allegedly rear-ended a vehicle, causing the chain reaction, police said. The crash also caused a 32,000-pound coil of steel to break loose off of the truck.

Several people were hospitalized after the crash, including a mother and her 6-year-old child.

US Route 20 was closed between US Route 35 and State Road 39, but has since re-opened. Police are continuing to investigate.