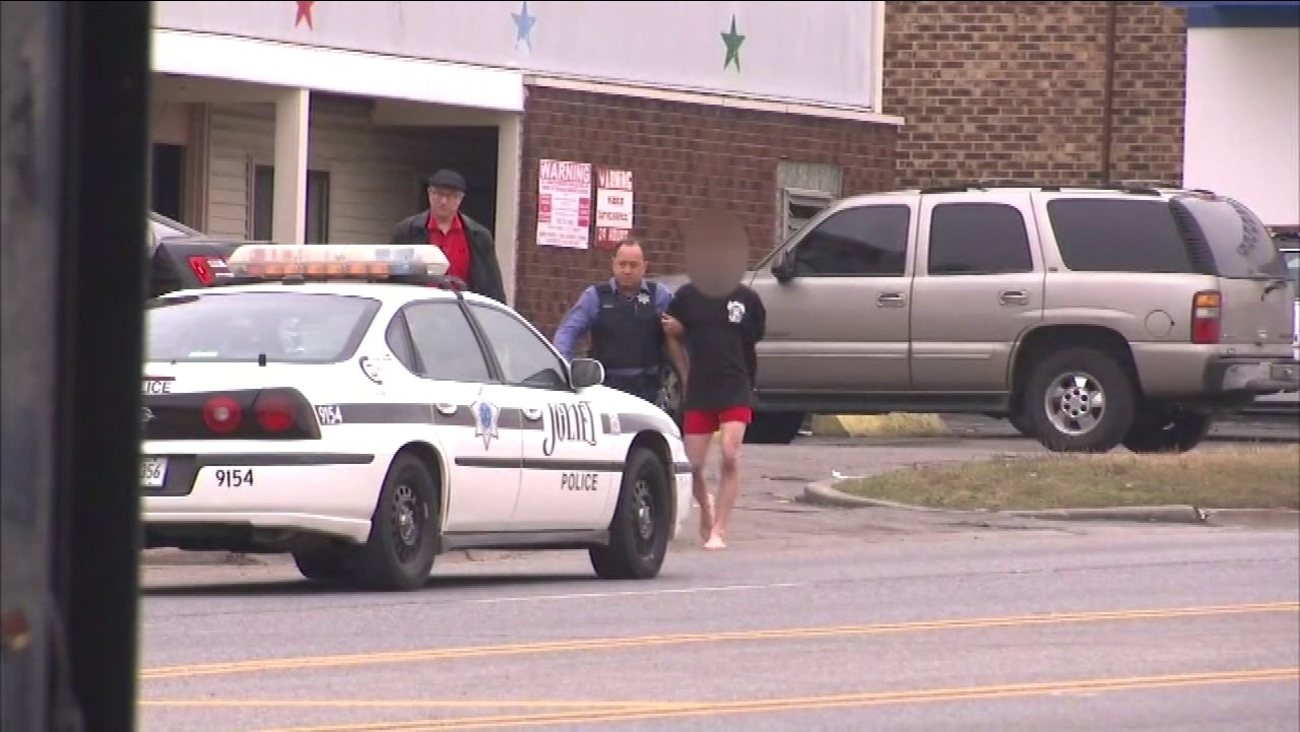 JOLIET, Ill. (WLS) -- Police in Chicago Heights took a person into custody who may be linked to a double homicide in Joliet.

Officers arrested the Bourbonnais man after a two-hour standoff at the Star Motel on Lincoln Highway.

Joliet police are questioning the man in connection with the deaths of two people found Wednesday.

The bodies of Michael Oram, 48, and Jamie Wills, 43, were discovered at Fleet Specialty Painting on East Cass Street. Autopsy reports show the two died from being hit in the head, officials said.

Police looking for the person of interest in Bourbonnais found he had not been home in several months, and tracked him to the motel. Police say they sought a warrant based on an alleged parole violation following a carjacking conviction.

Oram and Wills were found in the auto body shop shortly before noon Wednesday.

Matthew Wills, son of Jamie, says his mother helped out around the shop. He waited in agony Wednesday to hear from police.

"No words can describe it," Wills said. "Ain't nothing gonna describe it."

Joliet Police Deputy Chief Al Roechner said police received a call from the owner of Fleet Specialty Painting in the 800-block of East Cass around 11:45 a.m. The owner arrived at the shop and could see the bodies through a window. An exact cause of death has not been determined. Police are unsure how long ago the two died and say there are signs of trauma on the bodies.

"There were injuries consistent with homicide and that is all we are going to say about it," Roechner said.

A customer said she brought her car to the shop Tuesday and didn't notice any unusual.

"We had a good conversation with the people two days in a row Monday and Tuesday," the customer, who did not want to be identified, said. "I was like 'Wow, are they OK?' Obviously not. I am sorry to hear that."

Neighbors say the business has been there for 50 years, passed down through the generations.

"The one thing my son said when I told him about it, he said dad it's getting bad. People don't have no respect for life," said John Casillas, who lives in the area."