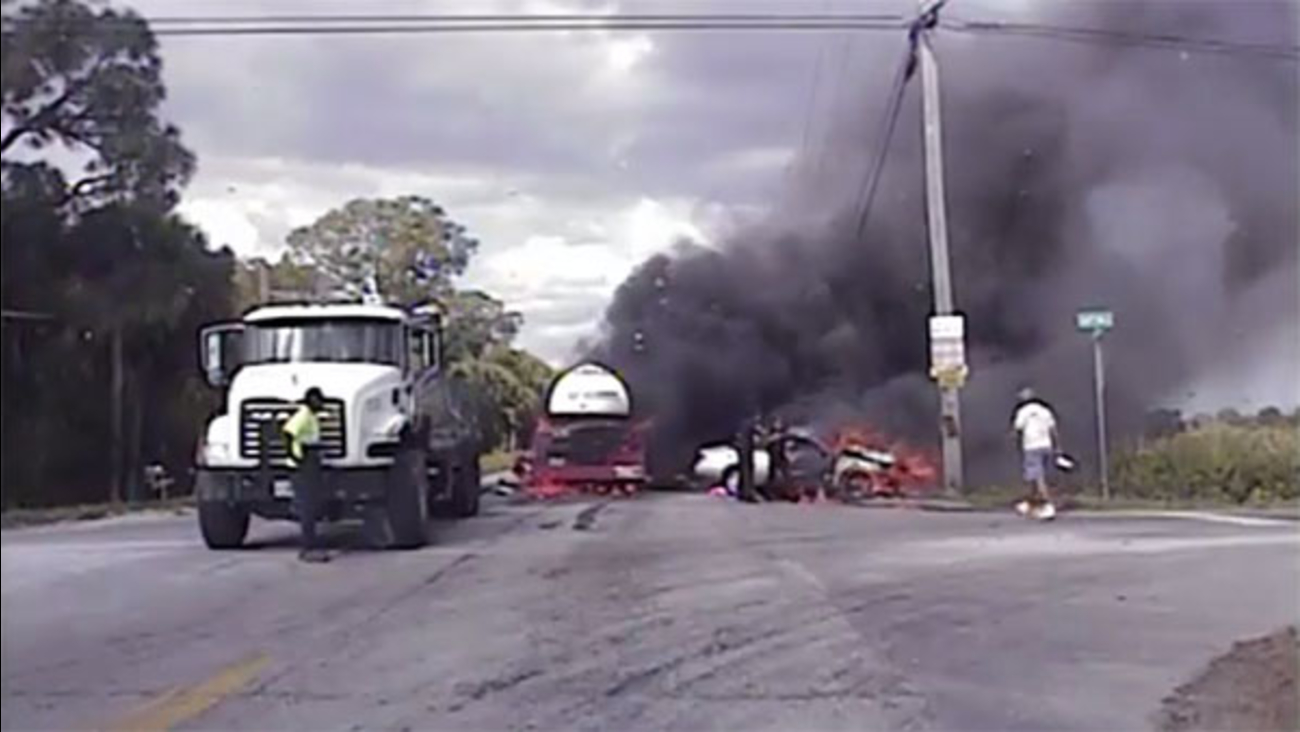 The Sheriff's Office said the small car turned out in front of a septic tanker truck, causing a crash between those two cars and a third refuse flatbed truck. Officers say the car and septic truck were immediately engulfed in flames.

When responding Deputy Robert Sunkel learned a woman was trapped in the car by her seatbelt, steering wheel and airbag, he broke a car window with his baton and opened the passenger side door to try to free her. Deputy Linda Nolan assisted immediately upon arriving on scene, using her fire extinguisher to try to tamp down the flames so Sunkel could reach the woman. While the flames did not weaken, Sunkel and Nolan, together, pulled the woman out of the burning car.

Deputy Nolan suffered burns to her hand, which were treated. The woman was airlifted to the hospital and her current status is unknown, the Sheriff's Office says.