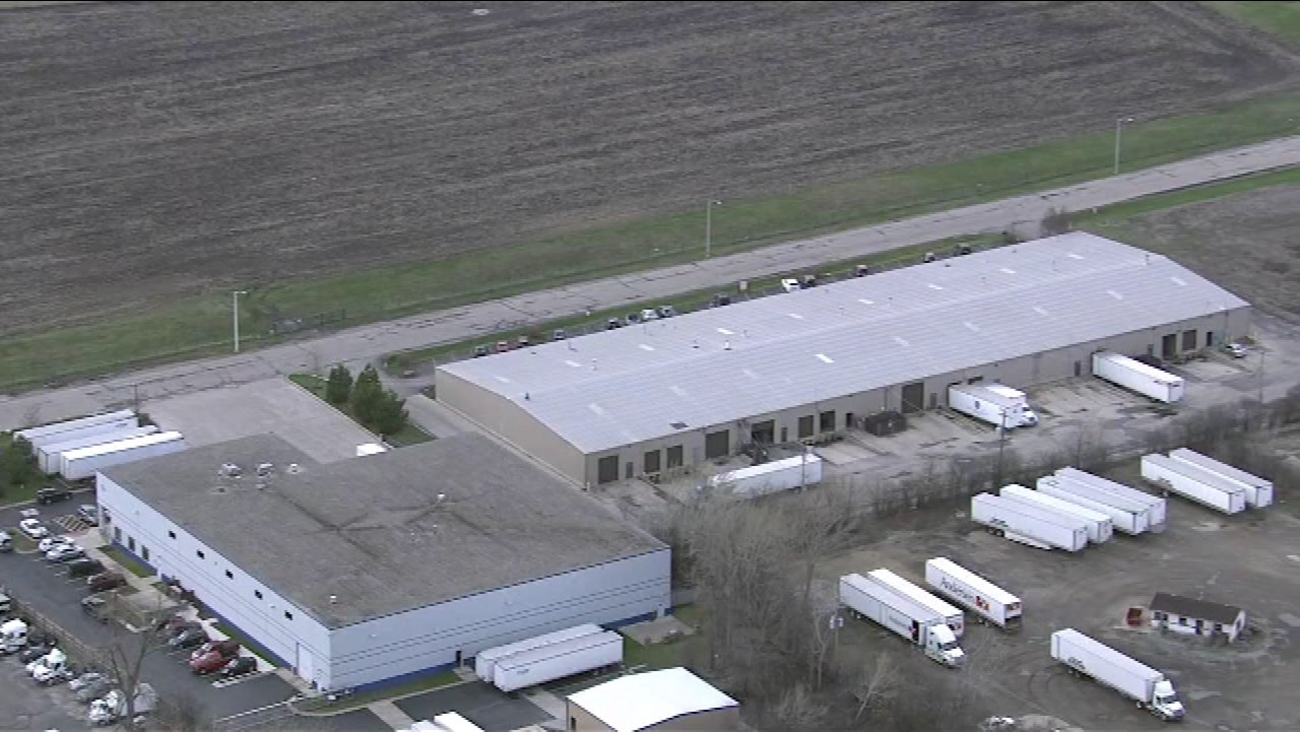 WEST CHICAGO, Ill. (WLS) -- A man's hands were crushed after they got stuck in a giant metal roller in suburban West Chicago.

Fire officials said crews responded to a cardboard box company in the 1300-block of Howard Drive around 1:30 p.m. Thursday.

The man, who is in his 30's, had gotten both of his hands stuck in the machine. It stopped quickly, but not before his hands were smashed.

He was freed after about 45 minutes. Firefighters called for a medical chopper, but it could not fly because of storms moving though the area.

The man was rushed to Central DuPage Hospital, where his condition stabilized.