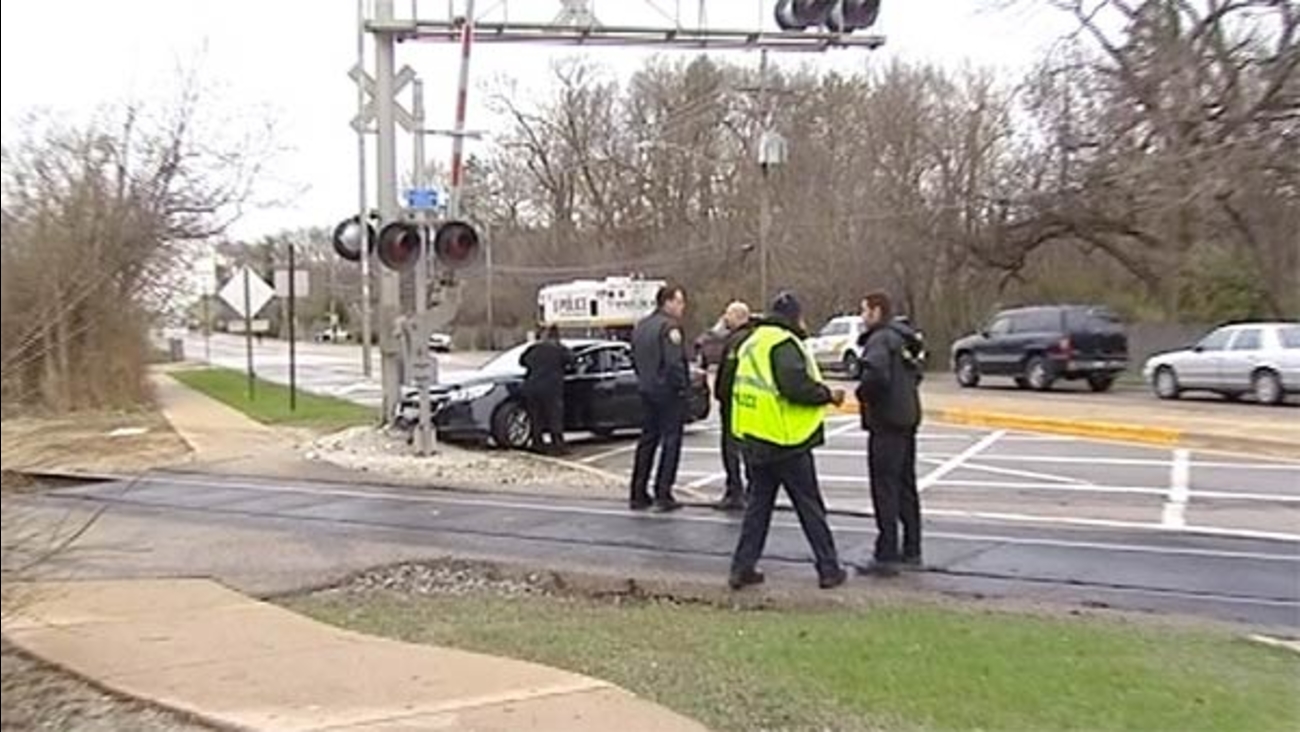 Barrington police investigate after shots were fired and a car crashed early Sunday in the northwest suburb. (Network Video Productions)

BARRINGTON -- Two people were hospitalized after shots were fired and a car crashed early Sunday in northwest suburban Barrington.

Officers responded to a possible shooting at Route 14 and Shorely Drive at 3:09 a.m., according to a statement from Barrington police.

About a block away, a car could be seen crashed into a railroad crossing at Route 14 and North Avenue Sunday morning.

Two victims were injured and taken to a hospital. Police did not release the nature or the extent of their injuries.

Barrington police are investigating along with the Cook County Major Case Assistance Team.