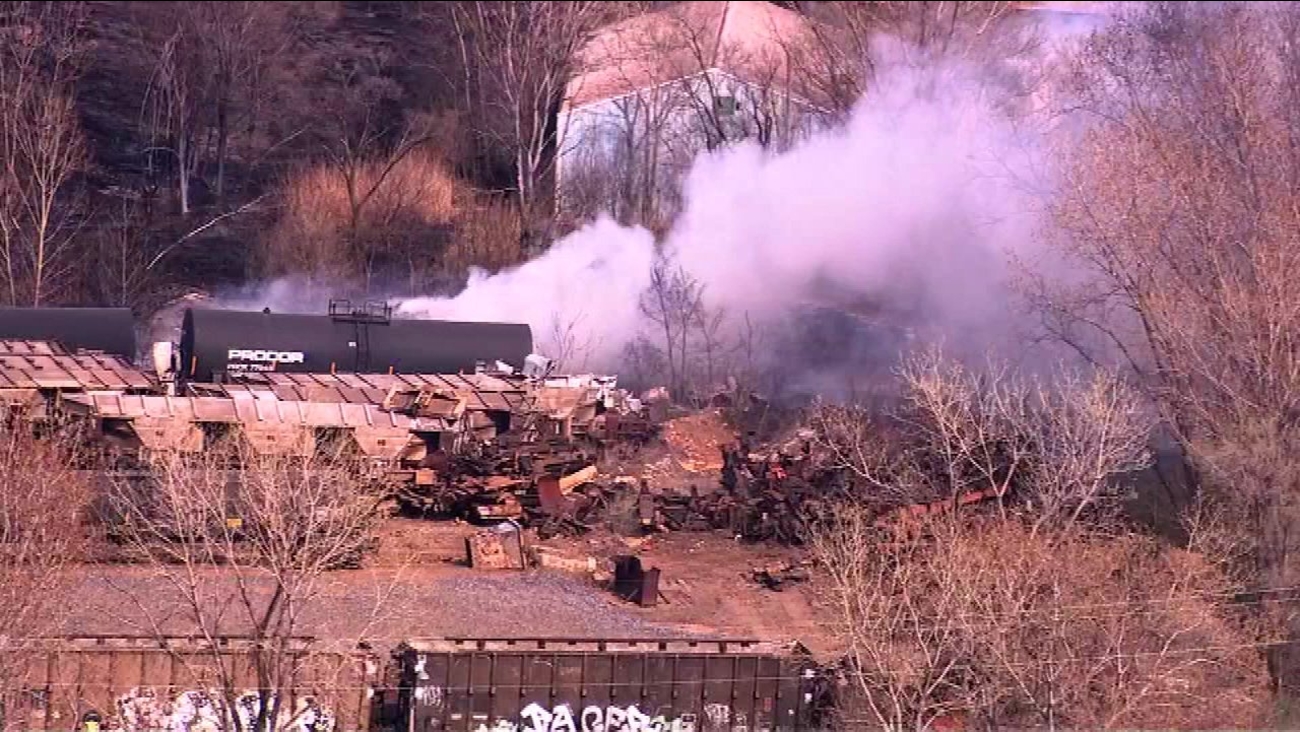 GARY, Ind. (WLS) -- Firefighters have brought a brush fire that has been burning near Gary under control.

The fire started in a field near Cline Avenue. Earlier, people in neighboring suburbs said they could see the smoke from it.

The fire-which burned near railroad tracks along Cline, just north of the Indiana Toll Road exit plaza-was so smoky at one point about 2 p.m. that the National Weather Service tweeted that the smoke plume could be seen on its weather radar.

Here's an animation of the smoke plume (yellows & oranges) in NW IN. To west, lake breeze can be seen. #ilwx #inwx pic.twitter.com/418T4YJFld

"No roads were closed, however onlookers did cause for traffic delays," Gary police Lt. Dawn Westerfield said.

The fire may have been caused by work being done by railroad crews, authorities said.

No one was hurt, and only a couple storage sheds were damaged.