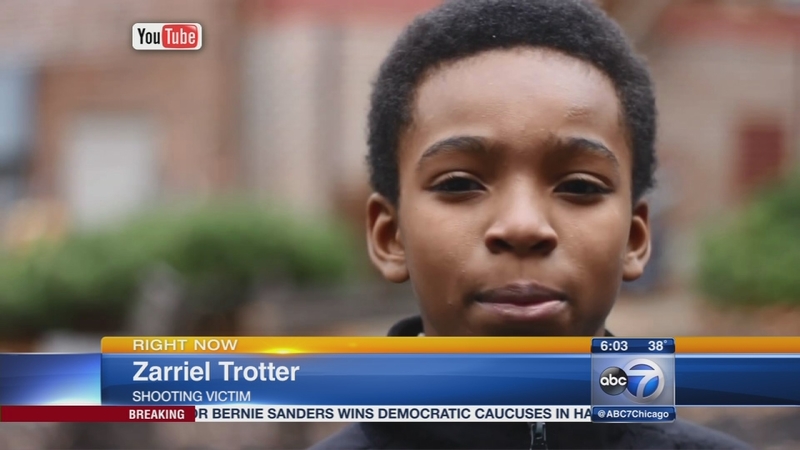 CHICAGO (WLS) -- A 13-year-old boy who was shot by a stray bullet on the West Side appeared in an anti-gun violence video last year.

Zarriel Trotter, who was not the intended target, was shot Friday night in the lower back when a dispute erupted down the street from him.

On Sunday, Trotter remained in stable, but critical condition after undergoing surgery on Saturday.

In a 2015 public service announcement, Trotter spoke out against gun violence.

Police are investigating the shooting, but have no one in custody.

Trotter, a 7th grader at a West Side charter school, was active in activities and programs.

The shooting occurred in the 5500-block of West Jackson Boulevard just before 8:30 p.m. A neighbor found Trotter after the shooting and called 911. 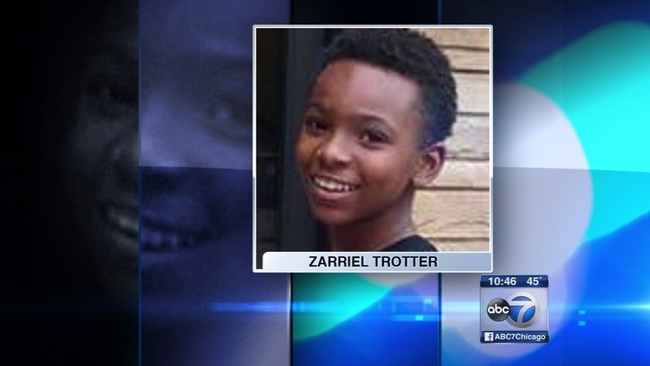 13-year-old shot by stray bullet on West Side, police say 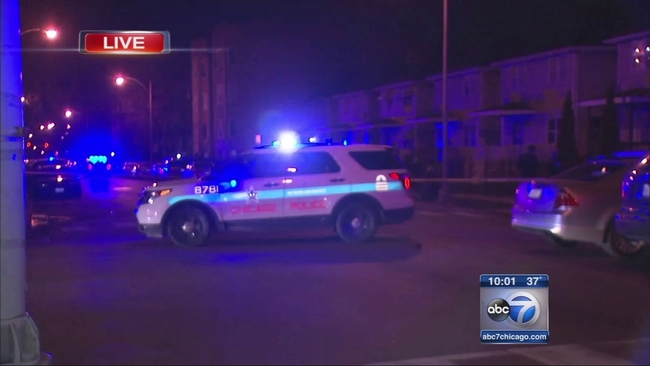