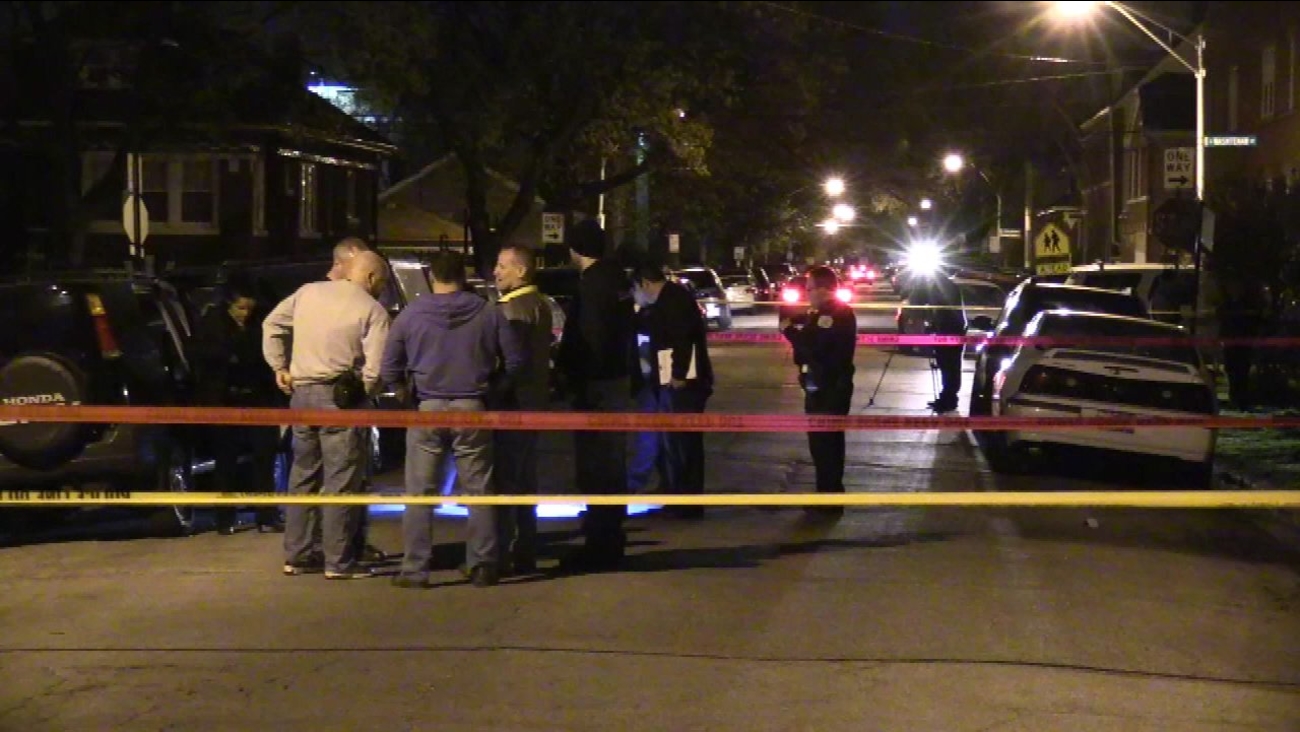 CHICAGO -- One man was killed and three others were wounded in a shooting Tuesday night in the Gage Park neighborhood on the Southwest Side, police said.

Jason Mapoles, 18, was sitting in parked vehicle with three other men in the 2700 block of West 53rd Street at 11:08 p.m. when a red minivan pulled up and someone inside opened fire, according to Chicago police and the Cook County medical examiner's office.

Mapoles was shot in the upper chest and taken to Holy Cross Hospital, where he was pronounced dead at 11:34 p.m., authorities said. He lived in the 2500 block of South Christiana Avenue.

Another 18-year-old man was shot in the back and taken to Mount Sinai Hospital, where his condition was stabilized, police said.

A third 18-year-old was shot in the back and a 19-year-old man suffered gunshot wounds to both arms and a graze wound to the head, police said. They were both taken to Stroger Hospital, where their conditions were stabilized.