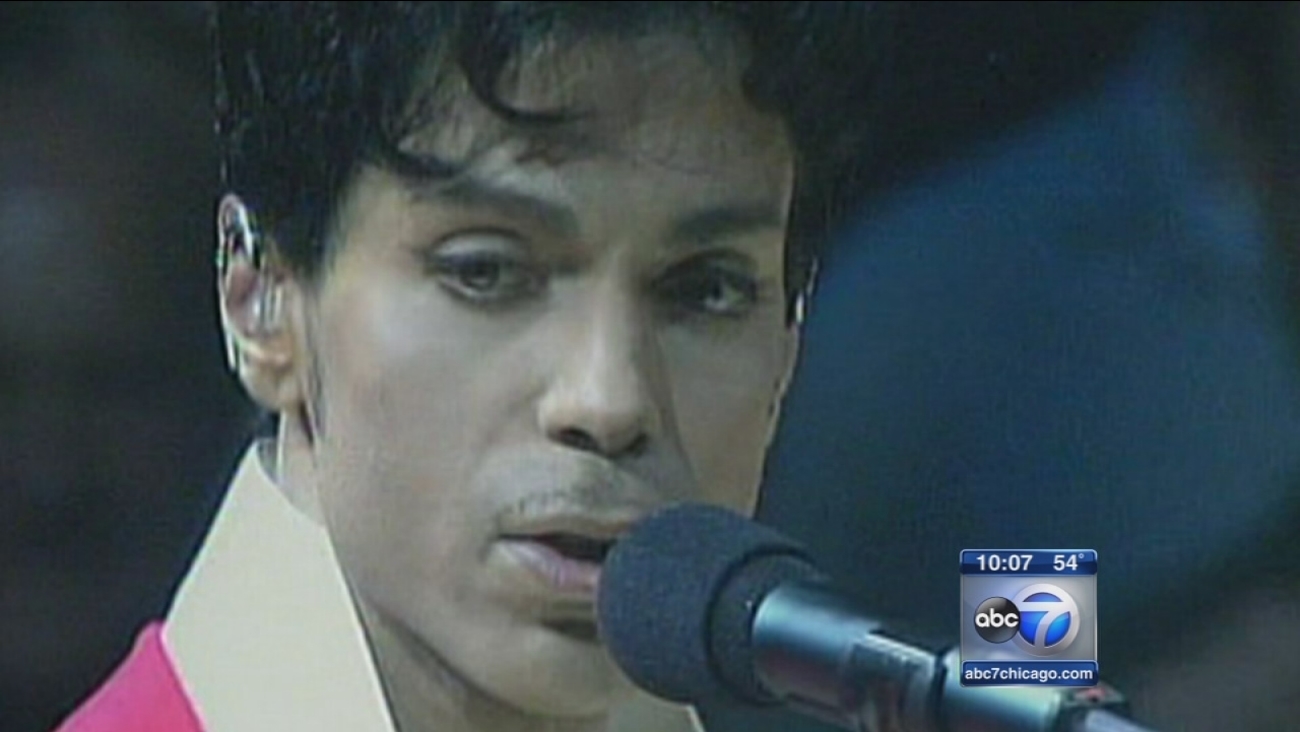 Prince, one of the most inventive and influential musicians of modern times, was found dead in his Minnesota home Thursday. He was 57. (WLS)

CHANHASSEN, Minn. (WLS) -- After his plane made an emergency landing in Moline, Ill., six days before his death, newly released ambulance dispatch records show Prince was carried from the plane by his body guard.

Look back at the iconic career of Prince through the years

PHOTOS: Prince through the years
Pop superstar Prince has died at age 57. Take a look back at his career through the years in this gallery.
The records, released to ABC News following a request under the Illinois Freedom of Information Act, were heavily blacked out. Prince's name is not visible.
EMBED More News Videos

Prince, one of the most inventive and influential musicians of modern times was found dead at his home on Thursday in suburban Minneapolis.

The Moline Fire Department was summoned to the airport at 1:17 a.m. on April 15. The call came in as a "medical call." EMS personnel - three paramedics and two firefighters - arrived seven minutes later and drove onto the airport taxiway where they began patient care after Prince "was carried down from airplane by (his) body guard."
IN MEMORIAM: Celebrities and notable figures who have recently passed away

The nature of the ailment and course of treatment were not mentioned in the portion of the records that was released.

The emergency landing took on new significance after Prince was found dead outside Minneapolis Thursday. Police said the episode in Moline is part of their investigation.

Prince's longtime lawyer called the death of the superstar a complete shock and said Monday that the singer lived a clean and healthy lifestyle, disputing suggestions that he had a drug addiction.

Prince was found dead in Paisley Park, his home and vast recording studio in Chanhassen, Minnesota, on Thursday at the age of 57. An autopsy was conducted, but complete results won't be in for weeks. Police have said there was no indication of suicide.

Lawyer L. Londell McMillan had known Prince for 25 years and at one time was his manager. In a phone interview Monday night, he told The Associated Press he spoke to Prince the Sunday before he died, after it was reported that his plane made an emergency landing to deal with a medical emergency involving the singer.

Prince assured McMillan he was fine.

"He said he was doing perfect," McMillan recalled. "He said, 'OK, I'll call you soon.'"

Celebrity website TMZ, citing unidentified sources, reported that Prince was treated for an overdose of the powerful painkiller Percocet while traveling home from concerts in Atlanta last week. Prince had postponed concerts in Atlanta citing an illness but rescheduled them and performed there April 14.

Asked about the TMZ report, McMillan said that while Prince may have been in pain and may have taken medication from time to time, he was "not on any drugs that would be any cause for concern."

"People use medication. The question is, are you on meds in a dangerous way?" he said.

McMillan noted that Prince, a vegan, was known for his clean lifestyle.

"Everybody who knows Prince knows he wasn't walking around drugged up," McMillan said. "That's foolish. No one ever saw Prince and said, 'He looks high.' It wasn't what he was about."

"Prince had an amazing life. He enjoyed life," he said. "He had a lot of fun."

McMillan, whose clients also included Michael Jackson, said he owed his career to Prince. He managed the star amid Prince's battles with his label, Warner Bros. Records. Prince credited him with coming up with the title "The Artist" when he stopped using his name and took on a symbol instead as part of that battle.

He was among those present for a private and intimate memorial service at Paisley Park on Saturday. Prince was cremated.

"It was a very loving and special, solemn and very appreciative," McMillan said. "I think he would have been proud of how we celebrated his life."