Chicago widow awarded $22.7M after husband killed in I-294 crash 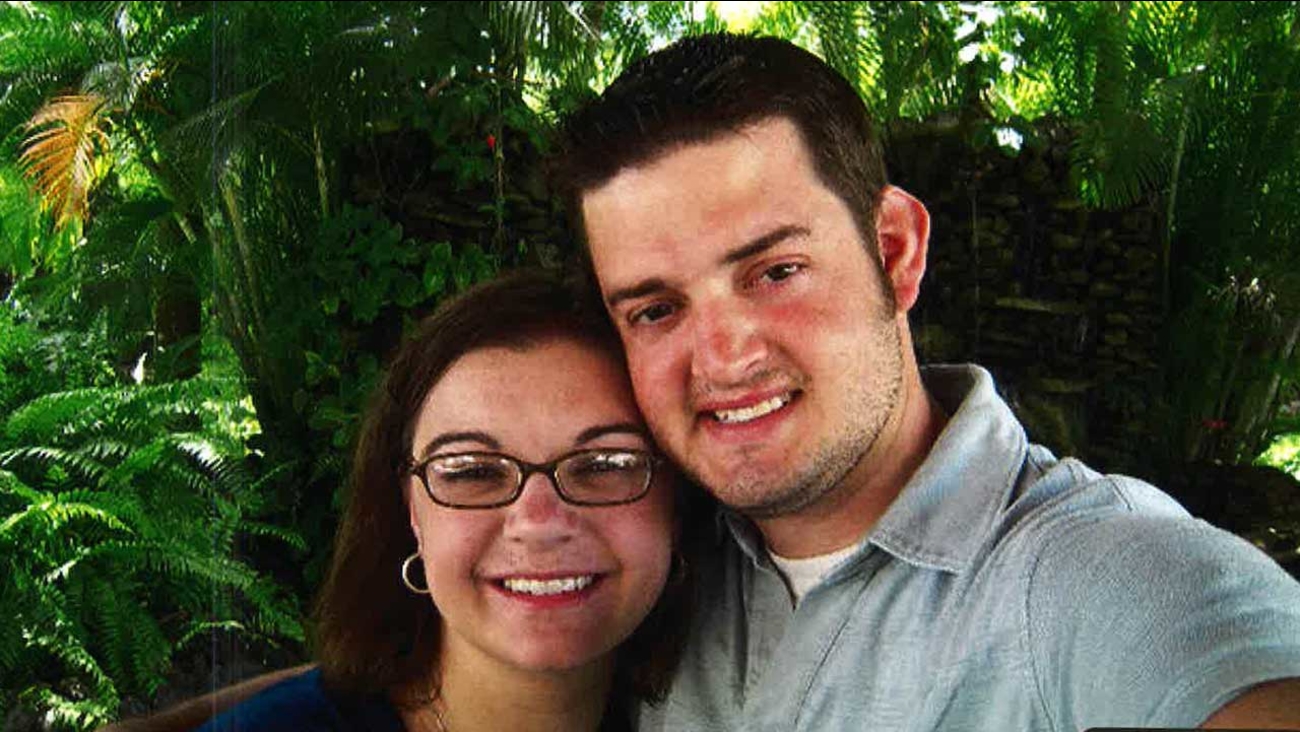 Theresa Swenson (left) and her husband, Aaron Swenson (right), who was killed in a crash in 2012.

CHICAGO (WLS) -- A Cook County jury awarded a Chicago woman $22.7 million in a wrongful death case after her husband was killed by a speeding truck on Interstate 294.

The award is the largest for a wrongful death case in Cook County in more than a decade.

Tracy Swenson, 31, was a few weeks pregnant when the crash occurred the morning of May 22, 2012. Her husband Aaron Swenson, who was a private investigator, was going from one job to another when his car stopped near Roosevelt Road in a construction zone when a speeding truck driver, who had drugs in his system, slammed into the back of his vehicle. He died at the scene.

Tracy Swenson, whose real name is Theresa, was at work when she received a phone call.

"It was the people helping Aaron. They actually found his cellphone and called the last person that he called which was me," Swenson recalled Tuesday.

Swenson's attorneys said they had offered to settle the case against the driver and his company out of court, but they insisted on a trial.

The jury deliberated for three hours before making a decision on Monday.

Swenson's lawyers hope the verdict sends a message to companies to do a better job screening their employees.

Aaron Swenson was killed when a speeding truck hit his vehicle in a construction zone on Interstate 294 on May 22, 2012.

During a Tuesday press conference, Swenson said that she had lost her baby a few weeks after the crash.

"Not only did I lose my husband, but I also lost what would have been a lifetime of memories, happiness and family moments together," she said.

The driver, Adam Troy, worked for Missouri-based Hussmann Corporation. According to the Illinois State Police, Troy had multiple narcotics in his system at the time of the crash. The criminal case against him is still pending.

"The van was going approximately 57 miles an hour at the time of impact with no braking whatsoever. In fact, three seconds before impact he hit the accelerator," said Swenson's attorney, Colin Dunn.

Troy also had a history of speeding.

Swenson was inspired by the legal case to go to law school. She has graduated, passed the bar and plans to work on cases similar to hers.

She said the verdict is comforting, but will not bring her husband back.

"We counted on spending decades together, we were going to grow old together and watch our children grow all that has been taken from us," Swenson said.