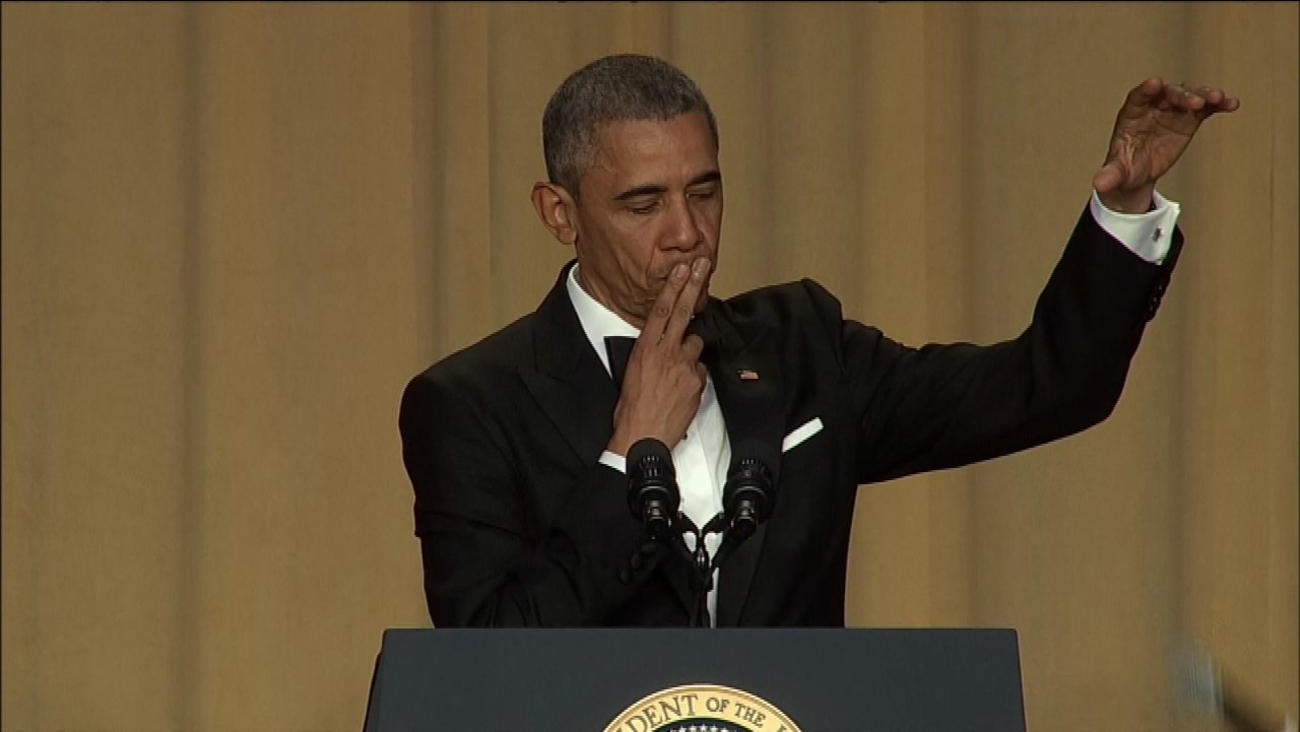 WASHINGTON -- Even though President Barack Obama and his wife can't wait to get out of the White House, being a lame duck can hurt a guy.

"Last week Prince George showed up to our meeting in his bathrobe," Obama cracked at the White House Correspondents' dinner Saturday night. "That was a slap in the face."

Obama drew plenty of laughs with his barbed remarks to a ballroom filled with journalists, politicians, and movie and television stars. It was his eighth appearance at the event and his last as president. TV host Larry Wilmore provided the professional comedy for the evening.

"If this material works well, I'm going to use it at Goldman Sachs next year," Obama said. "Earn me some serious Tubmans."

The president waxed nostalgic at times. "Eight years ago I said it was time to change the tone of our politics. In hindsight, I clearly should have been more specific."

And he acknowledged that the years had taken their toll. "I'm gray, grizzled ... counting down the days to my death panel."

Turning serious at the end of his remarks, the president thanked the White House press corps and praised a free press.

"I just have two more words to say: Obama out." With that, he held out the mic and dropped it.

Republican front-runner Donald Trump, a regular in recent years, was absent tis time, but a son and daughter-in-law, Donald Jr. and Vanessa Trump, were spotted on the red carpet.

Proceeds from the dinner go toward journalism scholarships and awards. This year's winners are:

- Carol Lee of the Wall Street Journal, winner of the Aldo Beckman Memorial Award for excellence in White House coverage.

- Matt Viser of the Boston Globe, winner of the Merriman Smith Award for outstanding White House coverage under deadline pressure.