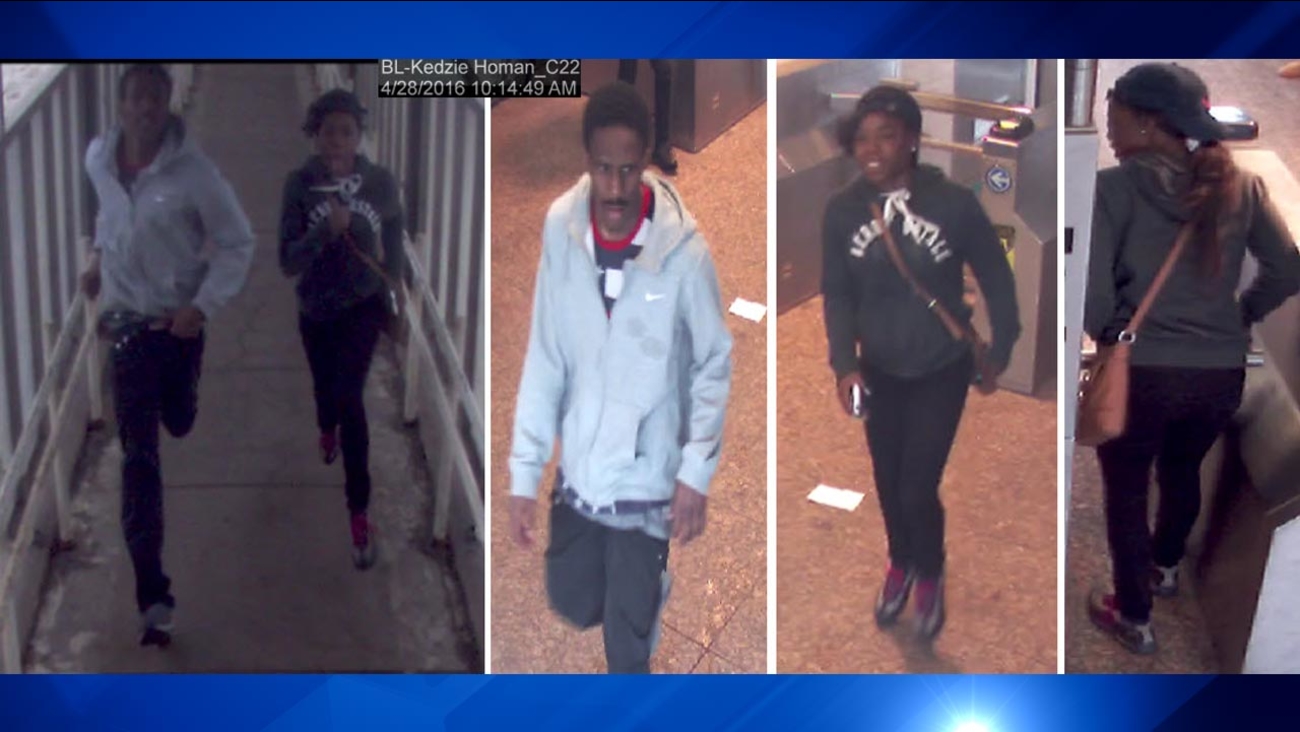 WLS
CHICAGO (WLS) -- Chicago police released surveillance images of two suspects in the robbery and beating of a student on the CTA Blue Line Thursday morning.

Jessica Hughes was on her way home when she was attacked while sitting in a rail car near the Blue Line stop at Harrison and Kedzie. She says a man sat in front of her in a nearly empty train car and tried to take her cell phone. When she wouldn't relinquish it he hit her and even bit her hand, she said. Then, Hughes says, a woman who was with her attacker puncher her in the face before both fled to another rail car without her iPhone or anything else.

Police describe the suspects as a male between the ages of 25 and 30, 6 ft. tall and 180 lbs. with black hair wearing a gray hooded sweatshirt; and a female between 18 and 25 years old, 5 ft. 6 in. tall and 120 lbs., wearing a dark colored "Aero Postle' sweatshirt and black pants.

If you have any information about the identity of these suspects or their whereabouts, call the Area North Bureau of detectives at 312-744-8263 or call 911.
Related topics:
east garfield parkattempted robberyattackbeatingcollege studentcta
Copyright © 2021 WLS-TV. All Rights Reserved.
RELATED 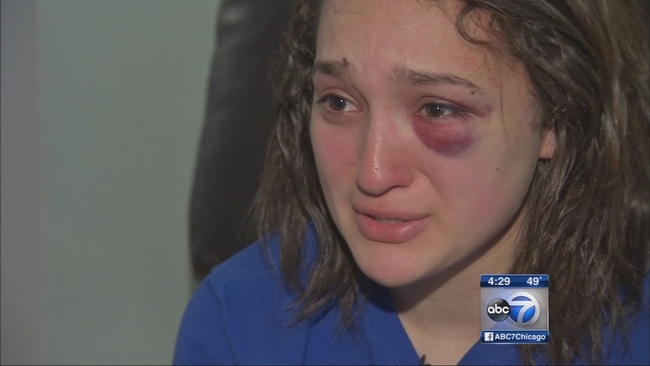