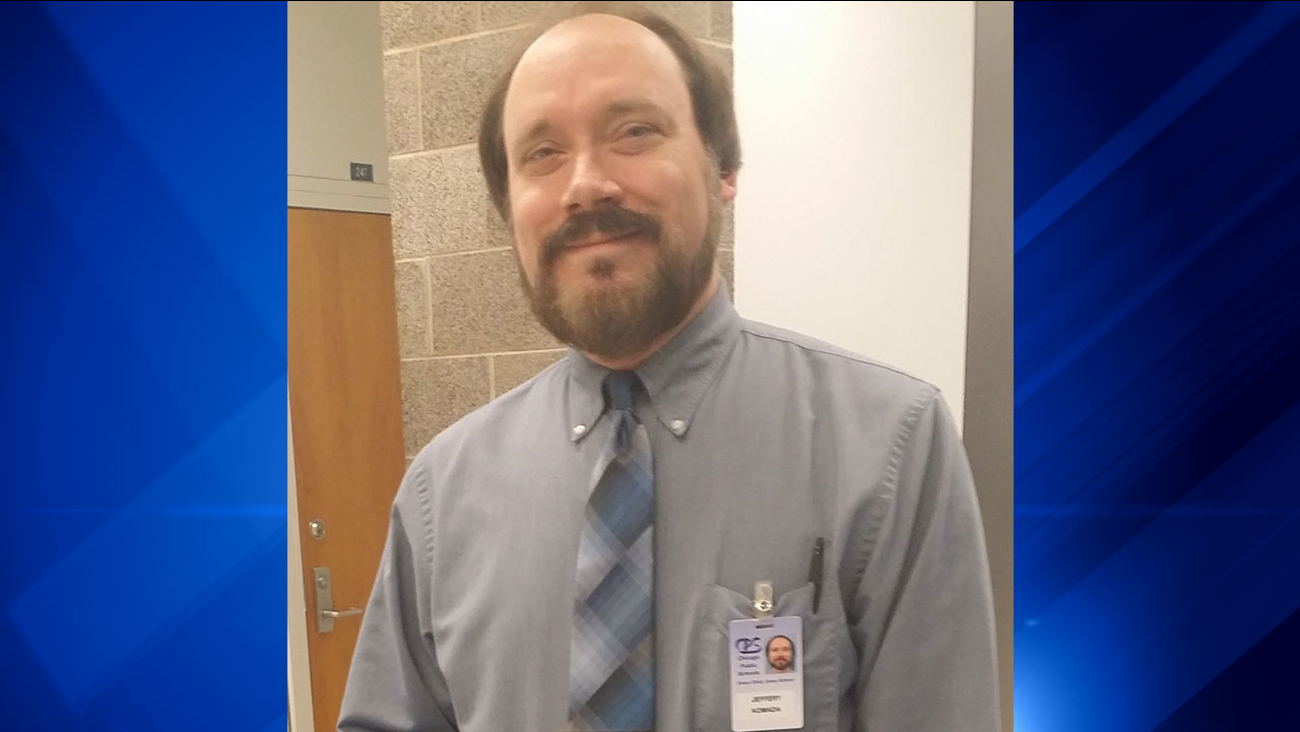 Jeff Komada, a Chicago Public Schools teacher for 30 years, was killed April 30, 2016 when he was hit by a semi truck on I-294. (Courtesy of Taft High School)

WLS
DES PLAINES, Ill. (WLS) -- A Chicago Public Schools teacher was killed Saturday morning while he assisted another driver after an initial crash on I-294 in suburban Des Plaines, state police and family confirm.

Jeffery Komada, 54, of Des Plaines, was a teacher at Taft High School for more than 30 years, his wife said. He was most recently the director of technology at the school.

At about 10 a.m., Komada was helping a female driver, who had her young daughter with her, after her vehicle was having trouble on southbound I-294 near West Touhy Avenue.

A semi truck hit Komada as he was standing outside his vehicle. He was transported to Lutheran Hospital, where he was pronounced dead.

The semi truck driver was identified as a 63-year-old LaPort, Ind., man.

According to Illinois State Police, a Ford Windstar minivan was stalled in traffic when Komada's Honda CR-V rear ended it. The driver of a Volkswagen, the mother with the child, then rear ended Komada's Honda. After the initial fender bender, the mother and daughter were inside Komada's Honda when a semi truck struck Komada, who was standing outside his vehicle. The unoccupied Volkswagen was also hit.

State police are investigating. No citations have been issued.

Taft Principal Mark Grishaber issued a statement that said Komada "was an esteemed colleague and he was a friend to everyone in the building. Last year he was one one of our teachers who was Educator of the Year. He was one of the kindest people I have ever met. He will be missed. Our thoughts and prayers are with his family."