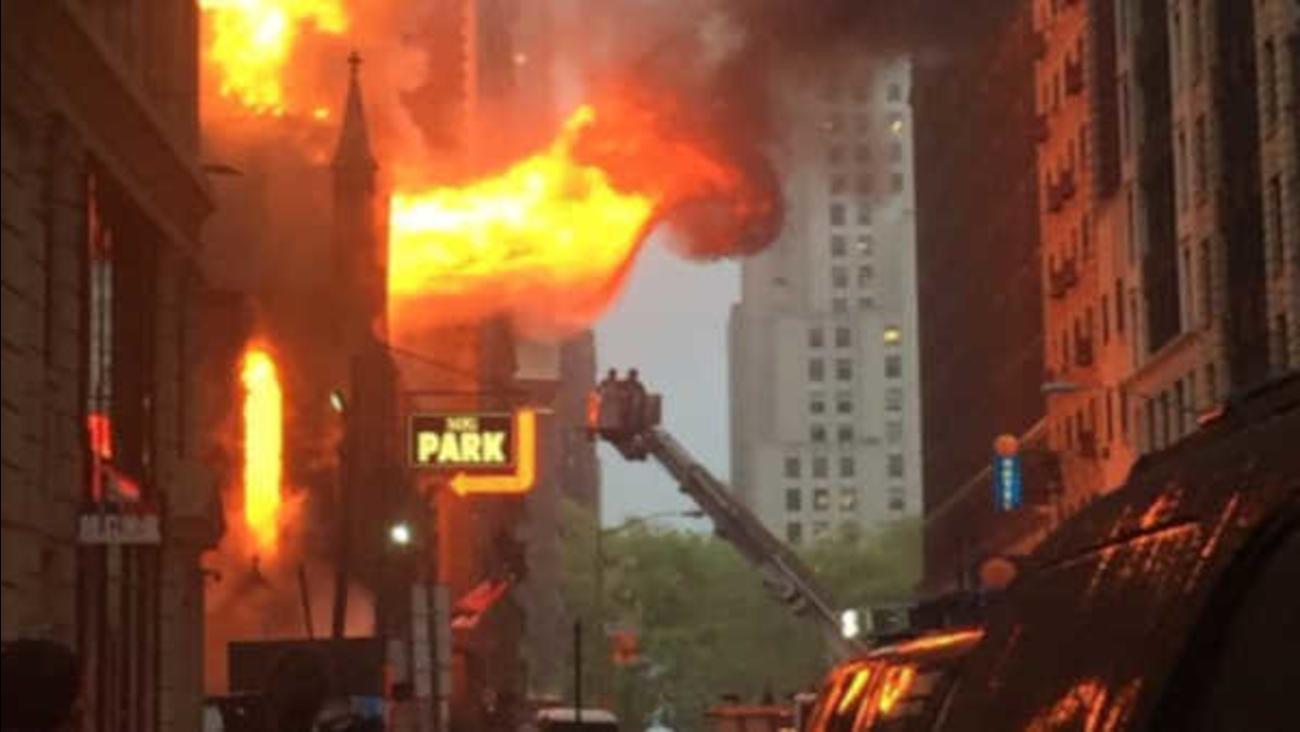 NEW YORK -- Firefighters continued to douse hot spots Monday morning after flames ravaged a church in the Flatiron District on the holiest day on the Orthodox calendar.

Fire engulfed the Serbian Orthodox Cathedral of Saint Sava Sunday night. The building, built in the 1850's, spans an entire block from 25th to 26th Streets.

It took firefighters three hours to extinguish the blaze, which completely destroyed the church's roof.

Parishioners watched in tears and horror watched as their beloved church went up in flames.

More than 160 firefighters had to battle the 4-alarm fire from a safe distance away, as it was deemed too dangerous to enter the once inviting house of worship.

The beautiful Serbian Church on my block is on fire! Im devastated @ABC7NY @FDNY pic.twitter.com/REJs095p7V

Eyewitness News is told the beautifully ornate church was packed on Sunday morning for Easter service - the day the Orthodox community celebrates the resurrection of Christ. Candles were lit, lunch was served, and then worshipers left.

Five firefighters suffered minor injuries. The cause of the fire is under investigation.

City Council Member Corey Johnson called for a full investigation into the cause of the fire.

"This is a huge loss for the community," he said. "In addition to being a place of worship, this historic building was a New York City landmark, treasured by the people" living in the neighborhood.

The church was designed by architect Richard M. Upjohn and was built in the early 1850s. One of its earlier congregants was novelist Edith Wharton, who wrote "The Age of Innocence." She was married in the church in 1885.

The Serbian Orthodox Church purchased the building from the Episcopal Diocese in New York in 1943. The building was designated a city landmark in 1968.