A 22-year-old man from Huntley was killed in a crash on the Kennedy on Friday.

CHICAGO (WLS) -- A man who was killed in four-vehicle crash on the inbound Kennedy Expressway near Harlem Avenue on Chicago's Northwest Side has been identified.

Illinois State Police said a purple Dodge Caravan heading south on the Kennedy rear-ended a white 2005 Ford pickup "at a significant rate of speed" near Harlem just before 7:40 a.m. Friday.

The impact of the collision forced the Ford pickup into a blue 2016 Chevrolet Cruze. The Chevrolet was then forced into a purple 1993 Ford Explorer. The pickup, the Cruze and the Explorer were all stopped at the time of the crash. 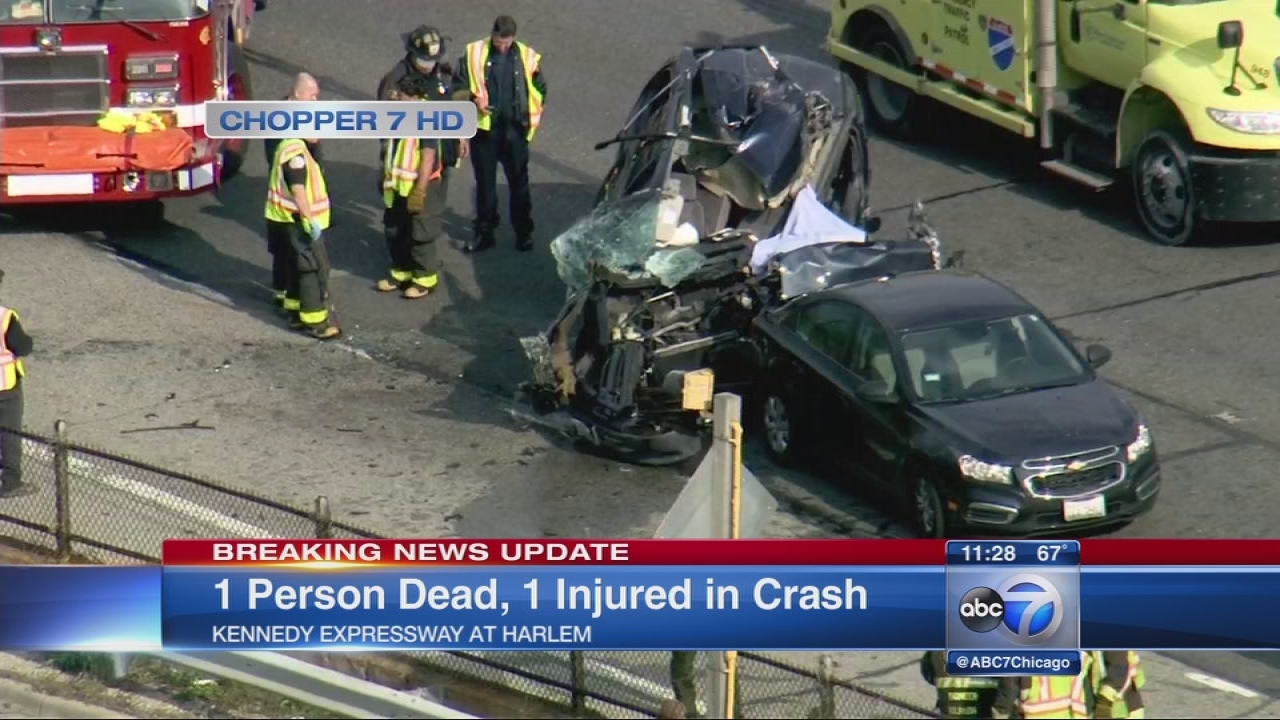 1 dead, 1 hurt in Kennedy crash
One man died and another suffered non-life-threatening injuries in a four-vehicle crash on the inbound Kennedy Expressway near Harlem Avenue on Chicago's Northwest Side.
The driver of the Caravan, identified as 22-year-old Griffin Krewer, was taken to Advocate Lutheran General Hospital in Park Ridge, where he was pronounced dead at 8:38 a.m., according to the Cook County medical examiner's office.

Krewer, of Huntley, died of multiple blunt force injuries in the crash and his death was ruled an accident, according to the medical examiner's office.

The 42-year-old man who was driving the Cruze was taken to Presence Resurrection Medical Center with non-life threatening injuries, police said.

Investigators said Krewer did not slow or stop before impact. The Caravan was severely damaged in the crash. State police said everyone involved in the crash were wearing seat belts.

Investigators are looking into what caused the crash. All lanes of the inbound Kennedy were temporarily blocked for the investigation.