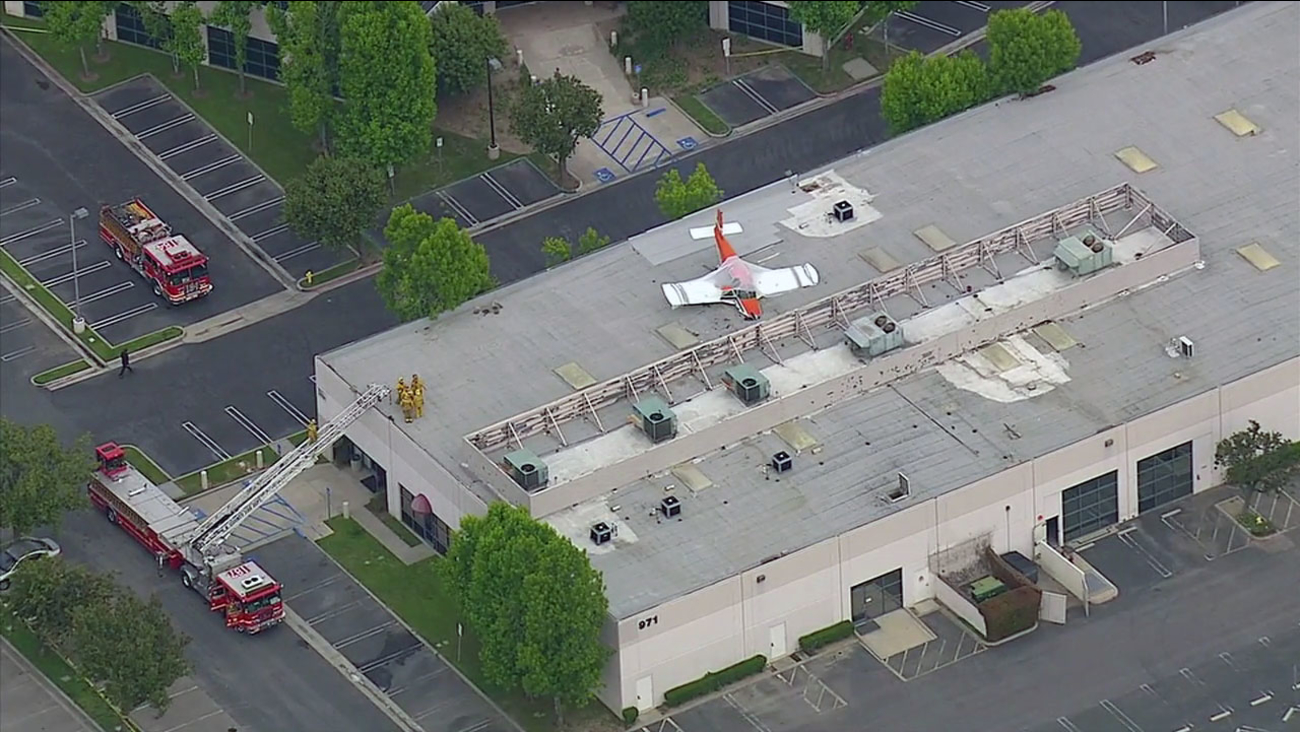 A single-engine plane landed on a building in the 900 block of Corporate Center in Pomona on Sunday, May 8, 2016, according to the Los Angeles County Fire Department.

POMONA, Calif. -- A pilot whose single-engine plane lost power was able to make an emergency landing on top of a parole office building in Pomona on Sunday, according to fire officials.

The Los Angeles County Fire Department said the plane landed on the building at 971 Corporate Center at about 4:30 p.m.

According to the California Department of Corrections, the building is a State of California Parole Office.

The Federal Aviation Administration said the plane was a single-engine Piper PA-28 and was heading to Brackett Field Airport in La Verne.

The 61-year-old male pilot, who was the only person on-board, had to make an emergency landing after the plane lost power, officials stated. Witnesses from the 57 Freeway saw the plane flying extremely low.

"He just kind of landed, like straight down, it was crazy," eyewitness Nicholas Vela said.

"Then we saw it hit, and it kind of bounced," eyewitness Kelly Vela explained. "I was waiting to see an explosion or something, but nothing happened. It was just kind of a hard hit and a bounce."

Eduardo Ramirez was nearby and climbed a tree to get on top of the building to help the pilot.

Miraculously, the pilot only suffered moderate injuries, telling paramedics he hit his head and his legs hurt from the force of the impact.

He was taken to the hospital by helicopter and is expected to survive.

"He was alert, he was oriented, he knew where he was at, he knew what happened. He explained to the paramedics that he had just lost power," Battalion Chief Ron Larriva with the Los Angeles County Fire Department said.

Despite the hard landing, officials said it appeared the plane and the building only suffered minimum damage. No one was inside the building at the time of the crash landing, according to authorities.

Officials and eyewitness marveled at the pilot's near perfect emergency landing.