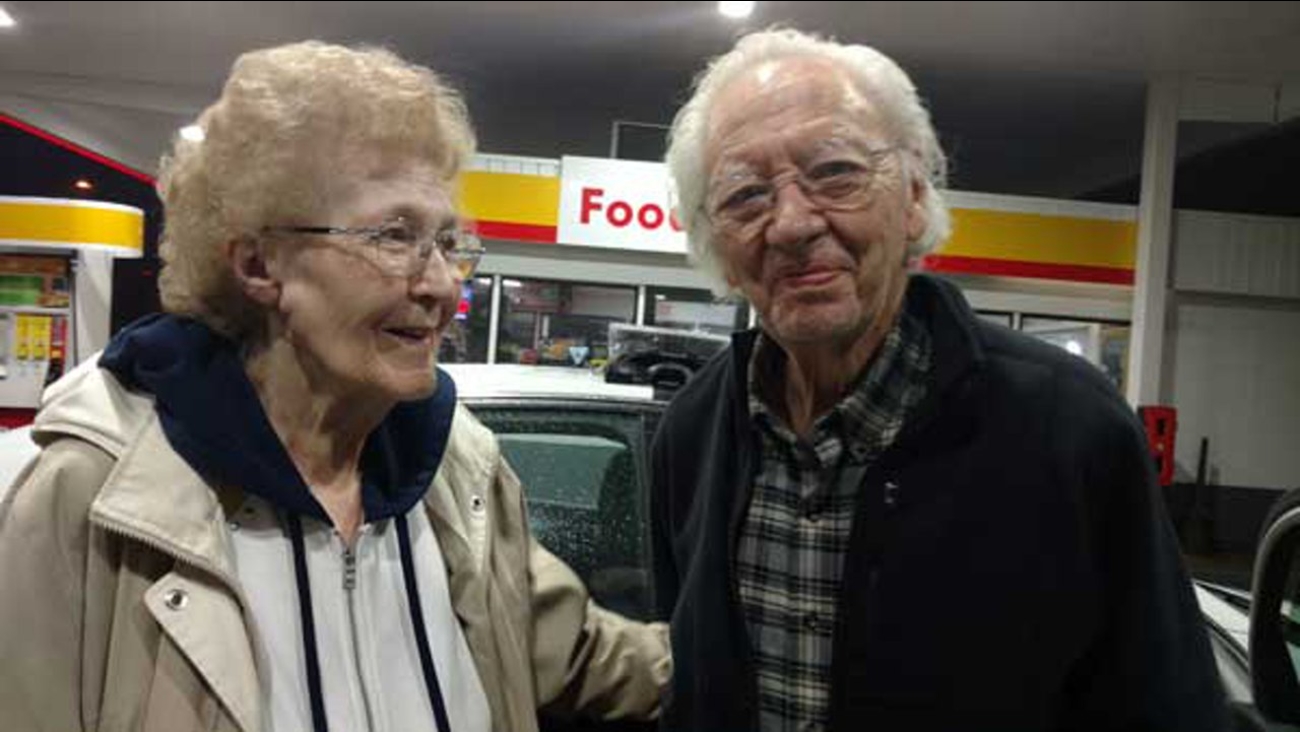 Albert Savegnago and his wife. (Photo courtesy of Lisa Savegnago)

WHEATON, Ill. (WLS) -- A missing grandfather from west suburban Wheaton has been reunited with his family.

An Illinois State Trooper spotted 87-year-old Albert Savegnago, who suffers from dementia, driving the wrong way on I-55 near Cass Avenue early Thursday morning. Two other troopers were called to help.

Lisa Savegnago, his daughter, said the officers drove him to a gas station on Cass, where it would be safe to pick him up.

Police said Savegnago had been last seen at the DMV in Lombard around 12 p.m. Wednesday. Police said his car was spotted near Addison and Pulaski in Chicago around 2:15 p.m.

"He's never gone off by himself. He never drives by himself. My mother is always with him. So it's the time of life when changes need to be made," Lisa Savegnago said.

She said he had been driving around the Chicago area for about 13 hours by the time he was found.